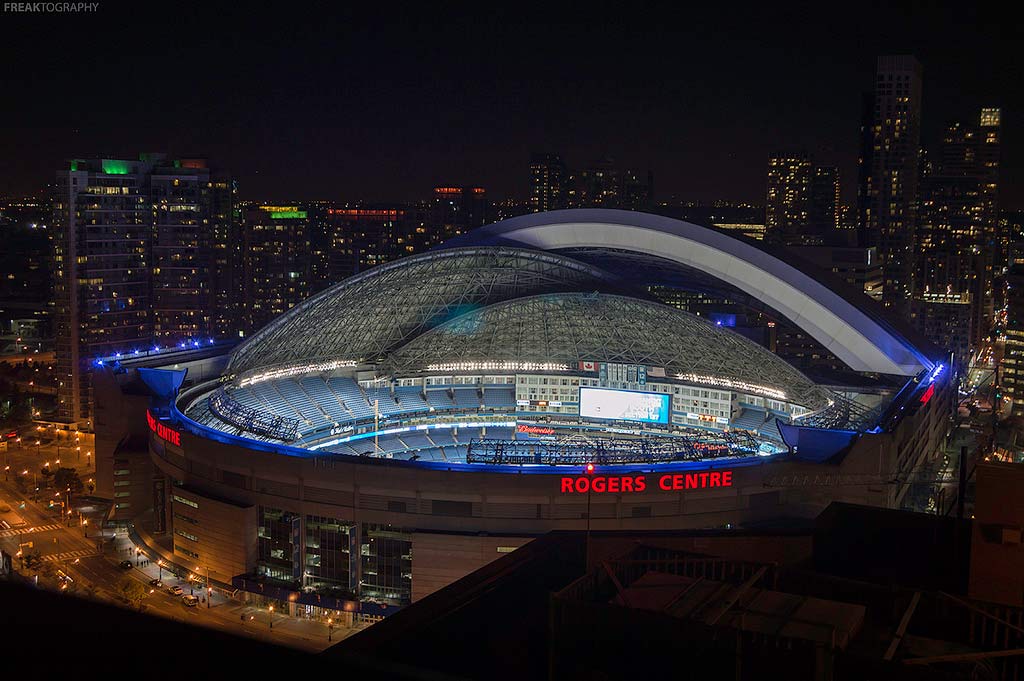 The lack of activity by the Blue Jays this winter has been a source of frustration for the fan base. Without signings or trades there really isn’t much to talk about. To be fair, it’s been a quiet offseason across baseball, not just in Toronto. Holes at certain positions on the Jays remain but many of the top free agents are still available.

A question we’re going to ask is this: Is the lack of movement actually a good thing?

Last winter the Jays appeared to misread the market for sluggers, jumping on Kendrys Morales quickly after Edwin Encarnacion turned down the team’s contract offer. In fact, the Jays were the first team last offseason to sign a free agent to a term of three years or more. After a below average 2017, Morales’ $33 million deal now looks like a bad investment. Other teams waited and got similar players for less of a commitment:

Live and learn, right? Well it’s possible that’s what the Jays did. They made a trade with the Cardinals for middle infield depth, acquiring Aledmys Diaz for minor leaguer J.B. Woodman. But other than that, basically nothing. The 5th starter remains a question mark, as do the corner outfield spots. A backup catcher hasn’t been added and the bullpen remains largely the same as it was in 2017.

The prices for relief pitchers could be scaring away a lot of teams, not just the Blue Jays. And in the past under Mark Shapiro, the team has avoided investing heavily in relief pitching. So we shouldn’t expect any major splashes to the bullpen.

Royals Review wrote today about how free agents have signed for less money after January 1st compared to before the calendar flipped. It’s a good piece worth reading but here are the relevant parts:

The strategy of waiting out the market seems to be a wise one, and could be the reason so many teams are sitting on their hands now. The price for free agents seems to plummet once the calendar year turns…

Players do better than estimates before January 1, but after the New Year, they end up with contracts worth on average 25% less than what the crowd estimated the player would get.

So yeah, the teams that wait might miss out on some good players. But there is a reason why GMs play chicken with free agents and try to drive their prices down.

It’s also possible that Scott Boras is a reason why the market has been slow to develop. He represents several of the high profile free agents this offseason, which include Jake Arrieta, J.D. Martinez, Carlos Gomez, Carlos Gonzalez and Eric Hosmer. Martinez may be the first big outfielder domino to fall before a market for second tier free agent hitters develops. And this is potentially when the Blue Jays will come in.

Finding Value Beyond The Big Name

While the Jays could be a darkhorse candidate to land Martinez, it’s likelier he ends up in Boston on a team with more realistic postseason aspirations. But they could be in on Jay Bruce, Carlos Gomez or Jarrod Dyson if they remain unsigned well into the winter. They aren’t nearly the elite player Martinez is but they could come in at 30-40% of his asking price and be an upgrade on the current roster. If one of them starts getting nervous that his market will crater like Jose Bautista‘s did a year ago, they could opt for a deal much lower than expectations.

I have not been a proponent of signing Jay Bruce, but that would change if he were available at the right cost. That is to say, much much lower than his reported price of $80-90 million over five years. Even half that price on a 3 year term feels like it wouldn’t bring much added value to a team.

So if Bruce is a landmine, the Jays have been wise to avoid jumping on him just so they don’t miss out on someone.

Fans aren’t going to be happy if Ross Atkins doesn’t sign a notable free agent or two. But a situation with Teoscar Hernandez and Anthony Alford battling for time in right field has some upside. And it would give fans a look at two potential future pieces of the team.

Left field is where they could use a big bat, in my estimation. Even though Ezequiel Carrera made legitimate improvements at the plate last season, him and Steve Pearce don’t really do any one thing that well.

Carrera can run a little but he’s not a burner. Nor will he get on base at a high enough rate to profile as a leadoff hitter.

Pearce can hit and hit for some power, but he’s never been able to stay healthy enough to provide a team even 400 plate appearances in one season. And, predictably, he ended 2017 with a back injury.

If the Jays are looking at positions where they can make the biggest impact on what exists currently, left field and the 5th starting pitcher spot would be it (Assuming, of course, that JD Martinez is not patrolling right field next season). While Carlos Gomez missed time with injuries last season, he was valuable while on the field. In just 105 games he was worth 2.3 WAR on the Rangers. He actually represents one of the most well-rounded free agent outfielders this year.

With a move from centre to left field, his defence would be more than adequate. He stole 13 bases and hit 17 home runs last year. He’s an above average base runner and was a 10% better hitter than league average by wRC+. His .340 OBP suggests that he might be a good leadoff hitter, something the Jays have been lacking for years.

Of course the projection systems haven’t forgotten about his ugly 2015 and 2016 seasons and, thus, are low on him for 2018. If Gomez is looking for a three year deal at an AAV for $15 million, that would be as high as I hope the Jays would go. Anything more and (much like Bruce) it’s tough to see major upside there given the age and track record.

Going with a platoon of Carrera and Pearce in left field could work with a major upgrade in right field. But if it’s a time share situation at both positions that’s one too many. It doesn’t make sense for the Jays to tie up starting spots and bench spots with part time outfielders. Especially considering the need to rest certain infielders in an effort to keep them healthier next year.

This probably throws cold water on potential additions like Carlos Gonzalez, Jarrod Dyson or Curtis Granderson. Neither of those players should ever face a left-handed pitcher again in their careers.

Little by little, we see fewer outfielders looking for work being good fits for the Jays. And herein lies the justification for holding back thus far in free agency. Making a move just to say you did something is not prudent.

We haven’t seen the starting pitcher market develop yet either, as the top arm in Jake Arrieta remains unsigned, as do second tier options like Lance Lynn and Alex Cobb. The case for Cobb was made here, so check that out if you’re not familiar with his interesting 2017 season. But again, everything depends on price. If one team out there thinks Cobb can regain his form as a #2 starter and pays him like one, that’s a risk the Jays might not be willing to take. But with Marco Estrada and J.A. Happ both hitting free agency next winter, adding more than just a stop-gap in the 5th spot would make some sense.

So, we must remain patient and trust the process. There’s also the possibility that a trade could fill a need. Free agents might feel pressured by time constraints to sign, but rebuilding teams have the luxury of taking their time and only making a deal if it makes sense. This could put the Tigers or Royals in a position to be a trading partner with Toronto at some point before Spring Training.

But there’s no rush. If Bruce and Gomez sign big contracts, maybe then the Tigers will feel they have a more valuable trade chip in Nick Castellanos. He’s been someone I hoped the Jays would consider.

We need something to talk about during this long, cold winter. And the Jays have not helped at all. Hate them for that, but I’d hold off on judging the offseason until it’s actually been completed.