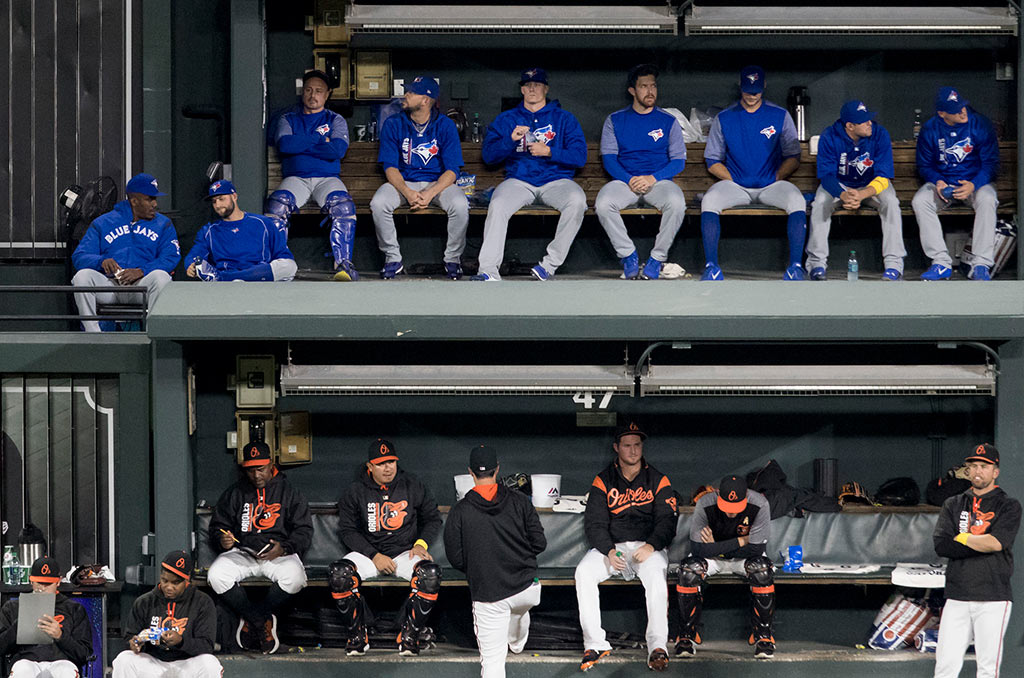 Since the Blue Jays hired Mark Shapiro in 2015, the team has avoided handing out big contracts to relief pitchers. The largest commitments to date have been the 1-year $3 million deals to Joe Smith and J.P. Howell. Now in their third offseason under Shapiro’s leadership, it’s looking like the Jays’ front office views relief pitchers as something of an overpaid commodity.

It’s not that the Jays don’t believe in the value of a strong bullpen. The group ranked in the top third of MLB by several advanced metrics in both 2016 and 2017. But while many teams across baseball have invested heavily in free agent relief pitchers, the Blue Jays have not. Just because we’re in the age of “bullpenning” doesn’t mean there’s only one road to get there.

Obviously, some of the credit goes to Alex Anthopoulos. The current Toronto front office inherited Roberto Osuna, Ryan Tepera, Aaron Loup and Danny Barnes. These four players were all key members of the staff and all on cheap pre-arbitration salaries at the time. This certainly helped. And while this could have been the impetus to sign a couple of expensive veterans, the Jays continued to sidestep the big free agents.

After the 2016 season the Jays let Brett Cecil walk, even though he was one of the better left-handed relievers in baseball at the time. His $30.5 million salary over four years secured from the Cardinals was too rich for them. In the last two years they passed on free agents like Mark Melancon (signed for $62 million over 4 years), Darren O’Day ($31M, 4 years), Jake McGee ($27M, 3 years), Bryan Shaw ($27M, 3 years), and Ryan Madson ($22M, 3 years).

No offence to Cecil, but have the Jays really missed him? Joe Smith and Joe Biagini scooped up some of Cecil’s high leverage situations. Dominic Leone and Tepera were frequently asked to clean up messes. By year’s end, the Blue Jays’ bullpen ranked 7th in MLB by Fangraphs WAR. Losing a late inning arm like Cecil would’ve pressured other teams to spend big in free agency. But the Jays remained true to their philosophy and came out looking good.

They’ve used the Rule 5 Draft, waivers and minor league deals to bring in talent at basement costs. These methods don’t bear fruit much of the time. But Biagini, Leone, T.J. House, Leonel Campos, Cesar Valdez and Luis Santos all contributed to various degrees after being acquired in these ways. It appears that the Blue Jays have some good evaluators, capable of finding cheap talent.

For How Long Can They Pinch Pennies?

The Jays have a good bullpen. The Jays also have a cheap bullpen. Both of these statements are true, yet not all cheap bullpens are good. If it was easy to fill relief roles with good players making league minimum salaries, all teams would be doing it.

But the Jays’ idea has not been to try to find potential stars without paying much – the success rate for that would be extremely low. Rather, the value has come from assembling solid depth players without putting a strain on payroll, and hoping good players emerge. There’s rarely a “sure thing”, and this is even more true regarding relief pitchers.

For example, the Giants thought they were getting a semi-elite closer in Mark Melancon last winter when they gave him $62 million. Instead, he battled injuries and had his worst season in five years. The 0.4 fWAR he provided was worth $3.6M in 2017 free agent dollars, not the $9M salary he earned.

So Melancon’s negative $5.4 million in surplus value is in stark contrast to someone like Blue Jays’ waiver darling Dominic Leone. He produced 1.4 WAR and cost the team just $548,200, for a surplus value of almost $12 million. This may be an extreme example but it does illustrate the massive value that can be gained from hitting on a reliable, cheap relief pitcher.

And reliable players exist every year. Adding several potential candidates increases the likelihood of one working out. And the ones that don’t can be discarded at a minimal expense.

The investment is small while the payoff can be huge.

Sure, it’s great to find a gem like Leone – he contributed significantly in the regular season. But teams with postseason aspirations might not care about squeezing out a cheap 1.4 wins. What they want is the elite pitcher who will dominate in the playoffs. And they’ll pay handsomely for that.

Therefore, a concept like regular season surplus value loses some importance the closer a team is to winning it all. Getting to the postseason is one thing, but in a short series it becomes about winning the small sample size battles. While Leone might give you an excellent 70 innings a year, what is he going to do in 3 ALCS appearances, perhaps with the game on the line?

This uncertainty leads to teams spending big dollars on track record and pedigree in free agency. With the stated goal of competing in 2018, will the Jays follow suit?

Three relievers will see their salaries rise through arbitration. MLBTR projects Osuna, Loup and Leone to earn $5.6, $1.8 and $1.2 million respectively. The bullpen won’t be as cheap as it was last year if they bring everyone back but there are still some affordable arms around to compliment the team’s best relievers.

Free agent salaries for relief pitchers this offseason have been extremely high. Let’s review some of the contracts for players signed recently, along with their average annual salary and projected 2018 WAR.

It’s important to note that Wins Above Replacement is not the greatest measuring tool for relief pitchers. Sample sizes of 60-70 innings are relatively small and WAR was never meant to be a precise measurement over single seasons anyway. That said, projecting Brandon Morrow to be a better pitcher than Yusmeiro Petit, for example, passes the smell test.

Morrow’s salary in particular isn’t surprising given his high profile usage in the World Series. He should be a solid setup man or closer for the Cubs next year if his health remains. It’s difficult to argue against the merits of paying Morrow what the Cubs are paying him considering their October aspirations. It’s the pitchers in the tier after Morrow that I would be wary of.

$27M over 3 years for Jake McGee is where I see Ross Atkins shaking his head. McGee is projected for 0.4 WAR next season, a 4.23 ERA and a 4.13 FIP. He’s just one season removed from being below replacement level and striking out only 7.5 batters per nine innings.

For reference, there were 133 relievers last season who accumulated 0.4 WAR or more. These are the types of arms a team should try to cultivate internally instead of acquiring in free agency. Their salaries are not much lower than the high profile relievers, yet their production is closer to league average. There can be far more downside to these deals than upside.

Turning to the Blue Jays, Tim Mayza and Carlos Ramirez both flashed swing and miss stuff in 2017. It’s likely that the Jays will give them every opportunity to grab a role in Spring Training. Both won’t be eligible for arbitration until 2021, giving the team more potential cheap relievers for the foreseeable future. Both are in line to earn just over $1.5M over the next three years. The Rockies could be getting similar production at $27M from McGee.

But as we said before, what do they do if they make the postseason? Are we to believe Mayza, Tepera and Loup will be trusted to shut down some of the best offences in the league in a do-or-die game? Wade Davis, Addison Reed and Greg Holland are the top relievers remaining on the market and would offer more certainty to a GM who expects to make the postseason. Frankly, I would avoid Davis and Holland. Both will get paid the moon and will come with red flags due to their declining fastballs. A Melancon-like downturn wouldn’t be too surprising.

If the Jays can’t get Reed, I’d avoid relievers in free agency altogether. Striking out on the big free agent names won’t endear Ross Atkins to the fan base, but it could prove to be a shrewd long-term move. And if the Jays are in the playoff hunt in July, a trade for a big arm on an expiring contract won’t hurt the prospect pipeline too much.

It’s clear to me that Atkins and Shapiro aren’t fans of paying slightly above average relievers big money in free agency. And it’s a sensible approach. But the system will need to develop and produce the next Brett Cecil, Ryan Tepera or Aaron Loup in order for them to divert payroll elsewhere. And with youngsters like Sean Reid-Foley and Conner Greene possessing big fastballs, they may have a couple studs on the horizon already.