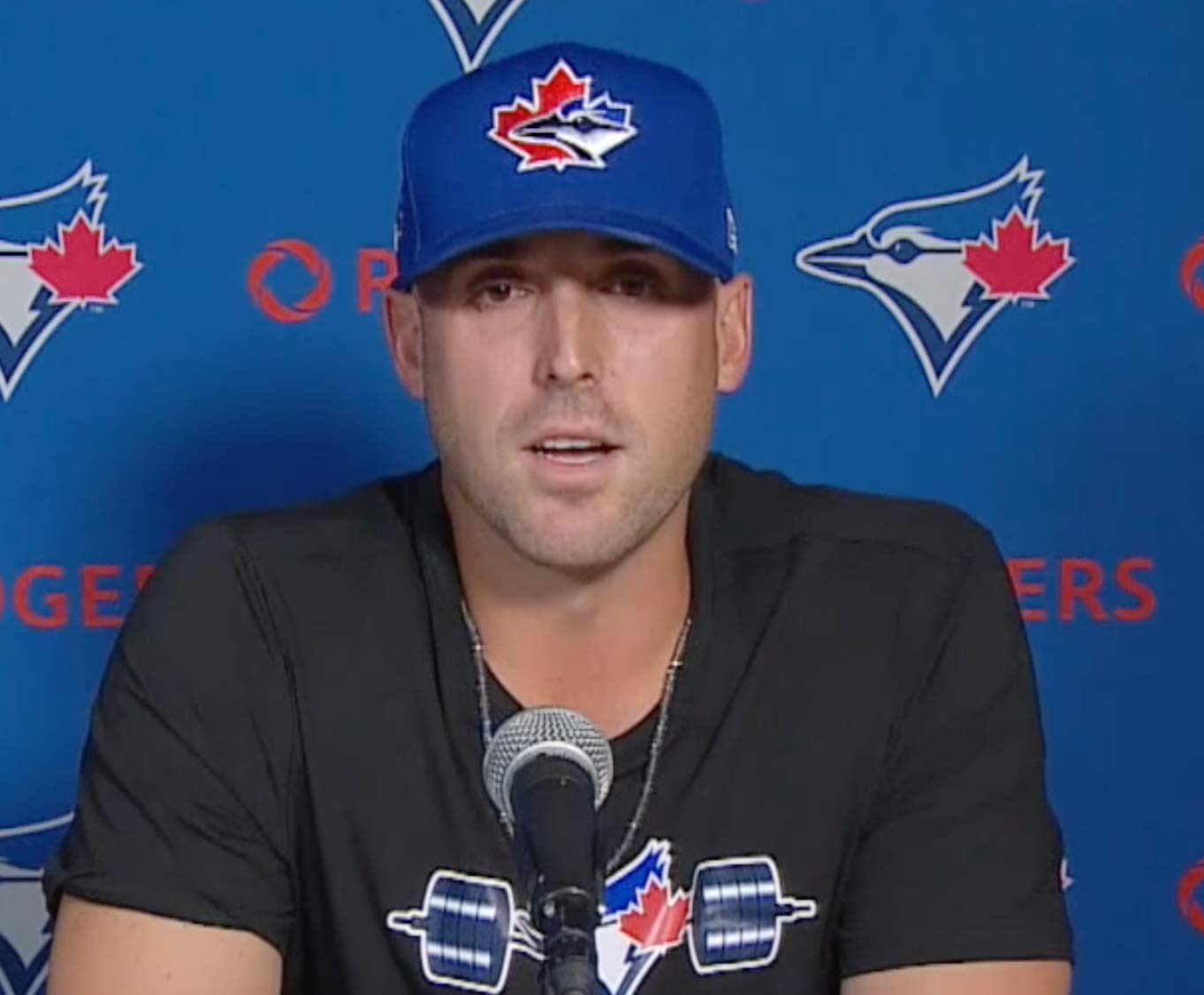 Teams had until 8pm EST tonight to decide if arbitration-eligible players were going to be offered a contract or not. Those who were non-tendered became free agents. Travis Shaw was one of them.

All remaining unsigned players on our 40-man roster have been tendered contracts for 2021. pic.twitter.com/7l7xXmwuCq

MLBTR projected that Shaw would earn in the ballpark of $4.5 million in arbitration for 2021 and the Blue Jays decided he didn’t offer enough bang for the buck. That comes as no surprise as Shaw produced very little for the Jays in 2020. The third baseman (and occasional first baseman) produced 0.2 fWAR in 180 plate appearances, hitting 6 HR and slashing .239/.306/.411.

The Jays were obviously hoping he could recapture some of his 2017-18 magic and be a middle-of-the-order presence. While he didn’t come close to that, Shaw still managed to give the Jays average production, and instead it was the team’s young stars who carried the lineup.

A third base opening represents an opportunity to make an impact addition at an important position, either by trade or through free agency. Even if the Jays don’t want to make a big splash to address the position (like trading for Kris Bryant or signing DJ LeMahieu) targeting a player in the next tier down would still have a net benefit.

The Jays graded out an MLB-worst -10 Defensive Runs Saved at the hot corner in 2020. At the plate, third basemen produced 22% worse than league average by wRC+, which ranked 24th. Just improving in one of those areas would be of help.

Of course, there’s also the option of playing Bo Bichette at third and looking for a slick-fielding shortstop (cross Jose Iglesias off though – the Angels traded for him). Alternatively there’s the possibility, although slim, that Vladimir Guerrero Jr. stakes a claim to third base again. He’s in the Best Shape of His Life™ this winter, remember.

There are those pesky Francisco Lindor rumours. The Jays love Lindor. He was drafted and developed under Mark Shapiro and Ross Atkins, as we’re constantly reminded of. But who doesn’t love Lindor? And will they pony up what Cleveland wants for just one year of service? I’m skeptical.

(And it’s probably time to put that Cleveland connection to bed, no? That was over five years ago. Any intimate knowledge of prospects or familiarity dealing with their front office probably isn’t a thing anymore. At least not relative to the other 28 teams)

Relief pitcher A.J. Cole was also non-tendered, which means the Jays have 38 players on the 40-man roster. There’s a bit of breathing room now to advance in talks with free agents and engage other teams.

The offseason has progressed at a glacial pace. But teams have more roster flexibility, and a complete picture of the free agent player pool now that non-tenders have been made. And that’s a group that now includes outfielders like slugger Kyle Schwarber, defensive specialist Albert Almora Jr., and former top prospect David Dahl among others. They should have no problem finding landing spots.

Almora can’t do much at the plate as his career 85 wRC+ indicates, but he’s a spectacular centre fielder who has hit better than Jonathan Davis to date. He also made a game-ending diving catch when I attended a game at Wrigley Field in 2016 so I may be biased when it comes to his fielding abilities. (I should probably check his fielding metrics)

Dahl strikes out a lot, and had a terrible 2020. But he’ll be just 27, is a career .286/.334/.494 hitter, and has had the misfortune of being a prospect in the Rockies system. Unless prospects enjoy when their team signs veterans past their prime to block them en masse, but I doubt it. Maybe whoever signs him will hit on some untapped star potential that prompted him to go 10th overall in the 2012 draft.

None of those three players would make as big an impact in the outfield as former Astro George Springer. If those rumours have legs, that would qualify as a major addition. It might also allow the Jays to move one of Teoscar Hernandez or Lourdes Gurriel Jr. along with other pieces, to upgrade the starting rotation. Both are fan favourites and popular in the clubhouse, so that may not be the direction the team wants to go. And Hernandez finally made good on his breakout potential to turn in a monster season.

Randal Grichuk is still owed $29 million through 2023, and in today’s financial climate that contract feels immovable.

But returning with the same outfield that ranked among baseball’s weakest with the glove doesn’t seem likely. Especially since one of Ross Atkins’ stated goals is to improve defensively.

Maybe it’s as simple as adding Springer (or Jackie Bradley Jr.) and having Teoscar be the every day Designated Hitter while Gurriel and Grichuk man the corners. Is it ever that straight forward, though?

The Blue Jays are also carrying five catchers on the 40-man. That’s too many, so I would look for one of them to be moved. A young catcher like Gabriel Moreno along with Gurriel might be a starting point in a trade for Reds starting pitcher Sonny Gray. Signed through 2022 with a team option for ’23, Gray is the type of pitcher the Jays may move an established player and significant prospect capital to acquire.

If that’s too steep a price, maybe the Jays and Pirates make a swap for Joe Musgrove. Pittsburgh’s GM Ben Cherington spent three years as the Blue Jays’ VP of baseball operations and would know Toronto’s prospect pool inside and out. The Bucks could also use some catching prospects in their system.

The Rangers are going nowhere and would do well to make Lance Lynn available in his final year under contract. He’s into his mid-30s, but he still defines what a ‘work horse pitcher’ is. Lynn had seven straight seasons of 29 or more starts through 2019, and this year he made 13 to tie for the MLB lead. His home run rate spiked a bit, but he still carried a 3.32 ERA and 4.19 FIP with a healthy amount of strikeouts. The Jays probably wouldn’t have to subtract from the Major League roster to acquire him.

A trade feels inevitable. Virtually guaranteed. In fact, I’ll eat my hat if they don’t make at least one this winter. (not my good hat though)

Whatever the Jays are up to behind the scenes, fans seem optimistic that a big splash can be made.

3/3#BlueJays fans: if these were the team's significant additions (along with Ray) would you consider it a good or a bad offseason?

Between Rogers’ deep pockets, the GM’s comments about looking to make an “impact” move, and the steps forward the young core made this year, fans have high expectations. But will additions of significance be made tomorrow or next year? Not that we’re impatient or anything.