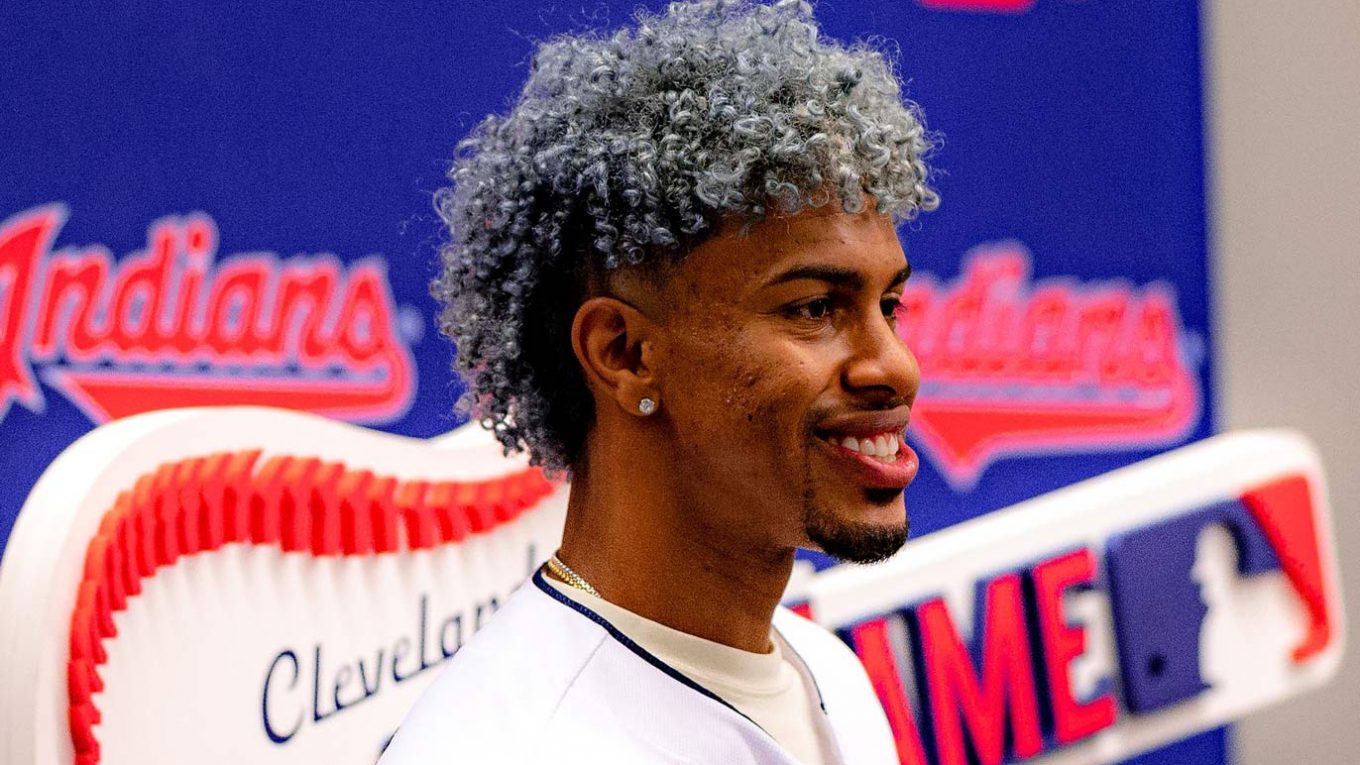 After months of speculation that the Blue Jays might trade for Cleveland superstar Francisco Lindor, it was the New York Mets who ended up with him. How realistic the Toronto rumours were is anyone’s guess, but it’s still disappointing to have that dream dashed. Especially after the flurry of moves the Padres made last week that had Jays fans thinking, “Why couldn’t we have made those?”

In acquiring Lindor and starting pitcher Carlos Carrasco, the Mets sent a package of four young players to Cleveland – infielders Amed Rosario and Andres Gimenez, and prospects Isaiah Greene and Josh Wolf. That’s a decent set of players any rebuilding team could use and, well, I guess Cleveland’s a rebuilding team now?

Strange, considering they’ve had a winning record for eight straight seasons, and haven’t finished lower than 2nd in the division since 2015. The team still had club-controlled seasons from key players, in a division they were projected to be competitive in once again. Instead of making an investment, ownership scaled back, waving the white flag.

Forbes valued the franchise at $1.15 billion just eight months ago and the Dolan family’s net worth is estimated to be more than $4 billion. Times are tough for us all, I guess! *biggest eyeroll in history*

They acted like the Rays, who came within two wins of a World Series title, before trading its best pitcher in Blake Snell. And the Cubs, who seemingly can’t find enough pocket change to avoid a teardown in a division full of stagnant teams. After all, the Ricketts family is only worth about *checks notes*… $5.3 billion.

But the Jays have money to spend! At least that’s what we’ve been told. And hey, I have no reason to doubt they will, at least to some degree this winter. The Hyun Jin Ryu signing last offseason proved that they aren’t afraid of outbidding other teams for a star player, a fact we should keep in mind. Adding star players increases the chances of a team winning – a concept that seems novel these days – and I truly believe the Jays’ front office is serious about fielding a winning team.

So then why didn’t they trade for Lindor?

It’s a question many Jays fans have, and it’s a fair one. While most teams across the league are pulling back on payroll and avoiding high-priced players (Lindor is estimated to earn around $20 million next year, give or take) the Jays could use it as an opportunity to strike in a depressed market. And maybe they still will.

So what could the Jays have offered the Indians to best the Mets’ offer? It’s a difficult question, because if Cleveland was prioritizing a young, established shortstop as the centrepiece, the Jays wouldn’t have been a match.

But not matching up on the position or type of players Cleveland wanted might’ve been a deal breaker. And if the Jays weren’t confident they could re-sign Lindor before he hit free agency after 2021, it’s a risky one year gamble for a front office who hasn’t taken many risks to date.

And taking high risks isn’t necessary right now. While the Jays did make the postseason in 2020 and are a team on the rise, they’re not quite all the way there to laying claim as a true World Series contender. There are still holes on the roster, and further development of the core players is needed.

The 31-year old outfielder checks all of the boxes and will only cost money. A lot of money, apparently.

According to league sources, the centerfielder is seeking approximately $175 million.

Andy Martino of SNY notes that the Jays have made an offer “in the $115 million range” which doesn’t look like it’ll get it done given the Mets already offered $150 million. But it’s a figure that makes some sense from an open market value perspective.

Last year at FanGraphs, Craig Edwards found that the cost per win ($/WAR) in free agency over the previous three offseasons averaged $8.6 million. If we assume a standard aging curve that suggests a player of Springer’s age will average 0.5 fewer WAR each season, and start with his 2021 Depth Charts projection of 3.8 fWAR, a 5-year contract of $120 million is fair market value.

Springer’s asking for a lot more than that because, well, why wouldn’t he? I have a hard time seeing the Jays offer a sixth year if all he’s receiving are five, but maybe that’s what it takes. And honestly, he might be a player worth splurging on.

The Jays already have three everyday outfielders in Lourdes Gurriel Jr., Teoscar Hernandez, and Randal Grichuk. Cavan Biggio dabbled at all three outfield positions last year too. Jonathan Davis is by far their best defensive choice, Derek Fisher‘s still in the organization, and Josh Palacios looks like he’ll get a look next year as well. So why the urgency to sign Springer?

In case you lived under a rock in 2020 (and I certainly wouldn’t blame you if you did) the Jays fielded their positions rather poorly. Not unexpected with a young team, but maybe it’s time to shuffle some bodies around.

They could think of moving Hernandez to DH and trading Rowdy Tellez to make room. Teoscar’s projected to be worth about 1 win in right field, or three wins less than Springer, who would take over in centre, moving Grichuk to right. Since Grichuk is more suited to playing a corner, the outfield gets a noticeable lift defensively.

What if they get outbid for Springer? The next best free agent outfielders are fine players, but come with their own set of drawbacks:

Springer can hit, field, and run, and he’s the only free agent who can do all three well.

But maybe defence is enough of an issue that the slick fielding JBJ becomes a target. The trouble is, he’s projected to be worth 1.5 WAR next year while Grichuk’s projected for 1.6. What the Jays gain in the field, they loose at the plate.

Could Brantley and Hernandez share RF/DH duties for the year? He’ll be 34, but the dude can still hit and take a walk.

Ozuna’s projected to smack 36 home runs and be worth 3 wins. About that fielding ability though.

I’m not saying the Jays should punt in the outfield if they don’t land Springer, but larger gains could be made to other parts of the roster (pitching, third base) through free agency or trade. They don’t have to suddenly have the best fielding outfield in baseball in one offseason.

The Cubs seem to be allergic to good players with big salaries so I’d give them a call. Kris Bryant has one year remaining before free agency. If his injury-marred 2020 season brings the acquisition price down, he could be a great rebound candidate. Again, there’s the risk of not being able to re-sign a player you gave up young players for.

Justin Turner seems like an obvious fit too, doesn’t he? Good clubhouse guy, can still rake.

The DJ LeMahieu rumours persist, and Bo Bichette has called him the best hitter in the game. That’s debatable, but…

On the other hand…

I don’t know how much pause that’ll give the Jays, but it’s certainly worth considering just how good he’ll be in a different home ballpark. DJLM still addresses needs – he can play second, third, and seems perfect for the leadoff spot, but he’ll turn 33 in July. Anyway, it seems like a foregone conclusion he’ll return to the Yankees. At least that’d be my guess.

FWIW, the Blue Jays were the runner-up for Francisco Lindor. Don't know specific players, but I'm told their offer had what is probably a higher ceiling yet was centered on long-term prospects. Cleveland chose the package from the Mets b/c it balanced short- and long-term help.

Photo by Erik Drost, CC BY 2.0 <https://creativecommons.org/licenses/by/2.0>, via Wikimedia Commons