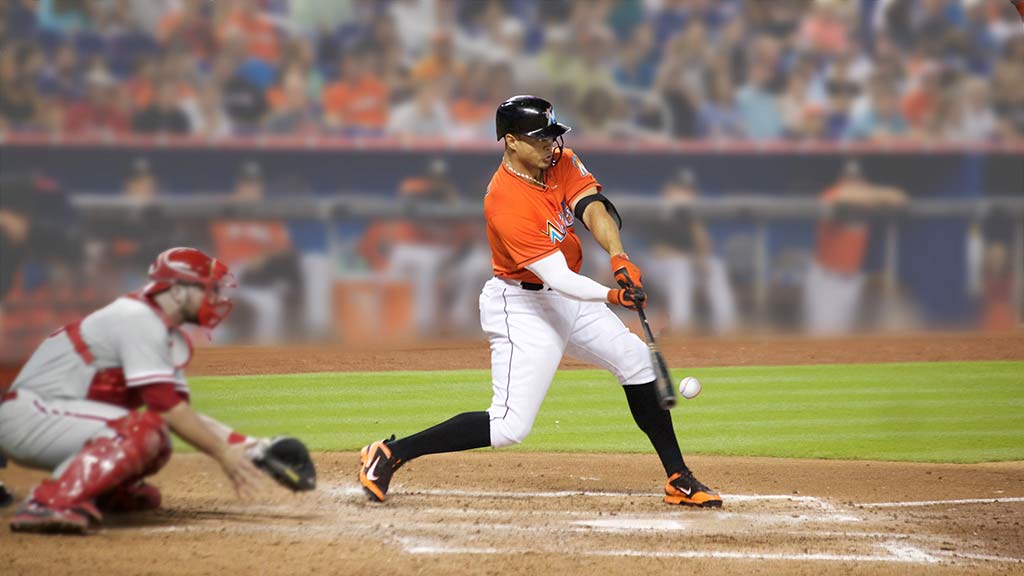 The Blue Jays head into the 2017/18 offseason with a few holes on the roster to fill. While backup catcher, middle infield and starting rotation depth are important areas, perhaps no vacancy will be noticed more than the one in right field left by the now-departed franchise icon, Jose Bautista.

The Jays received -0.3 Wins Above Replacement from right fielders in 2017 per Fangraphs, second worst in the American League at the position. At the plate, the 78 wRC+, .204 batting average and .369 slugging percentage all ranked last. Needless to say, it was time to move on from Bautista.

While there are a number of potential internal candidates like Teoscar Hernandez, Ezequiel Carrera or Anthony Alford, none are projected to provide above average production in 2018. Oft-linked free agent Jay Bruce is projected by Steamer to be worth only 1 fWAR and they should steer clear given the money he’s looking for. The Jays haven’t been linked to J.D. Martinez, so how else can they significantly improve their corner outfield spot and add a middle-of-the-order bat? By trading for Giancarlo Stanton, of course.

Stanton is a finalist for the National League MVP award. His 59 home runs, 132 RBI and .631 slugging percentage led the league. His 7.6 rWAR led all NL position players. He’s good. Really good. That said, chances are the Jays’ front office and/or ownership will steer clear of Stanton.

But should they? Stanton is legitimately a superstar player. He would put butts in the seats, probably hit 50 home runs, and form the best 1-2 punch in baseball behind Josh Donaldson. You could drool over the potential offensive output from the heart of the Jays lineup with those two guys coming to bat four times a game in the #2 and #3 spots.

Oh boy. I could get used to seeing that from Stanton in a Blue Jays uniform.

What about his massive contract?

The real sticking point here is the whopping $295 million left on his deal (should he choose to not opt-out after 2020). It seems like a crazy amount but is it? Maybe we should do some math and actually figure this out.

Front offices project future production from players and assign dollar amounts to it in today’s analytics-driven age. This is how most teams arrive at a salary and term for a player in free agency. As the line from Moneyball goes, teams are buying wins. And they need to figure out how much a win is worth to them.

Fortunately, a lot of work on this exists in the public sphere. There are two things in particular we’ll look at to determine if Stanton’s remaining salary represents good value:

Generally, a player’s production begins to decline in his late 20s. By age 30 the rate of decline is a little bit steeper. But on average, we expect a player to lose about 0.5 WAR each year once he turns 30. Giancarlo Stanton just turned 28 years old and wrapped up a career season that valued him at 6.9 fWAR. Steamer projects him to fall back a bit and be worth 5.3 WAR next year. Let’s assume his age 29 season in 2019 is close to that as well, at 5.0 WAR.

Working through future seasons with a decrease of 0.5 WAR from 30 years old on, we get the following projections:

WAR aging curves estimate that he’ll be worth a total of 32.3 wins above replacement over the course of his contract (and we’ll assume the team declines his 2028 option for $25 million as a 38 year old).

So the question is: if he was to hit the open market today, how much would his services be worth? To do this, we need to know on average how much teams spend on free agents.

Let’s work off Matt Swartz’s piece for Fangraphs in July on the average cost per win. His $/WAR estimate for 2017 was $10.5 million with half a season left to play. I could look up every player who signed a contract last offseason as a free agent and add their 2017 WAR values up but, frankly, that’ll take a lot of time. And I’m pretty confident that Swartz’s estimate is close enough for our purposes here.

He notes that “we should expect salary growth of about 5.9% per year going forward” and offers $/WAR estimates through the year 2022. Let’s extend those estimates to 2027.

If we apply the cost per WAR to Stanton’s projected yearly WAR totals, we arrive at:

Holy cow, Stanton is underpaid. By about $80 million! And so maybe he will opt-out after his age 30 season if he’s still producing at a high level. Theoretically he could make more money as a free agent in three years.

Eno Sarris, for his part, thought Stanton’s surplus value was even higher a few months ago:

Yeah Stanton, even on a big contract, has $150m+ in surplus value, I’d guess. Plus he’s a scarce commodity if available. Would take Bum+. https://t.co/yVuHx9WdyW

Obviously a lot can happen between now and his opt-out clause in three years. The team trading for Stanton could be adding 15 wins at a cost of just over $5M per win. That’s pretty good value if he opts out. You can look at it as a solid 3-year deal for one of the best hitters in baseball.

Now if he chooses to remain in his contract, it definitely comes with an added risk. But think about it – five years from now there will be several players averaging Stanton’s $32M per season. It won’t seem like the exorbitant amount it does today as long as he’s still a half decent player.

Of course, this is not that easy. Stanton has a full no-trade clause and may not want to play north of the border where a higher percentage of his salary would be lost to taxes. The Marlins will also want prospects back in a deal and reports suggest they’re asking for a lot.

Some rival execs view the Marlins' prospect asking price for Giancarlo Stanton as shockingly high and somewhat out of touch with reality, and not discounted nearly enough given the whopping $295 million he's owed (with the forthcoming out clause after the 2020 season).

Giving up prospects has to be factored into the value of acquiring Stanton. If the Marlins are asking for a package of say Bo Bichette plus Sean Reid-Foley and another 2nd tier prospect, they can go to hell. That’s an overpay if the Jays are assuming all of Stanton’s salary. But what if it’s a cheap roster player like Ezequiel Carrera and a couple 50 grade prospects like T.J. Zeuch and Hagen Danner? Would that interest the Marlins? And from the Jays’ side, would that be acceptable to relinquish for a player who can opt to leave in three seasons?

I don’t know the answers to these things. Maybe the Marlins’ price will come down and they find a match on prospects. Maybe Stanton fancies playing in Toronto and thinks the Jays have a shot to contend. This would all be swell.

All I know is that Stanton is one of the best right fielders in the game and the Jays have a gaping hole there. Taking on tons of salary might mean the Jays flirt with the luxury tax threshold in 2018 and 2019, but Rogers can afford it. And if Ross Atkins is serious about adding an “impact bat” as he said in his end-of-year press conference, there are no bats available capable of making a bigger impact than Giancarlo Stanton’s.

A splash of this magnitude would rival any acquisition in Blue Jays history. And for that reason it probably won’t happen. But it sure would make this offseason a lot of fun.