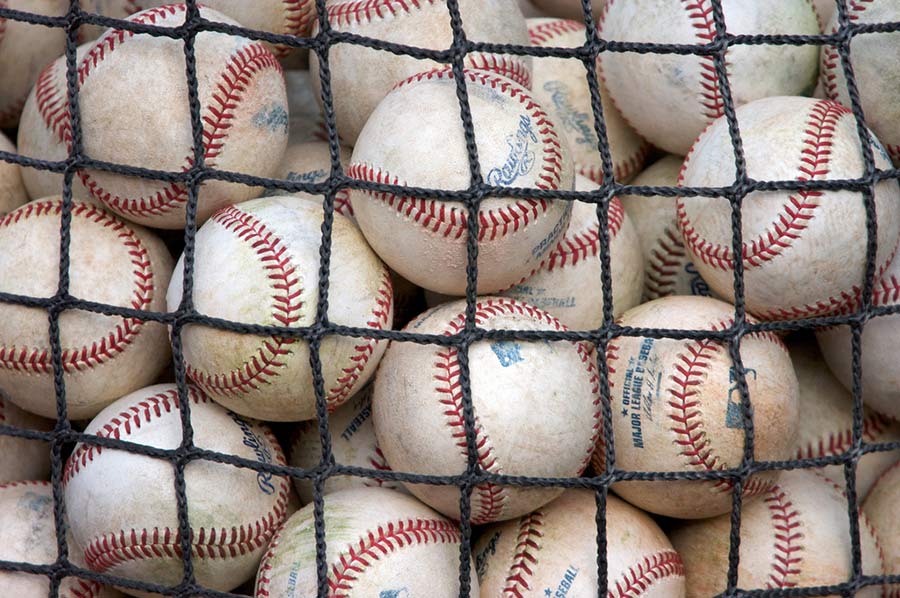 This is Part One in our Offseason Needs series. Other parts will be added to this space as they are written.

The need for starting pitching depth cannot be understated. What happened in 2016 was a small miracle – the Blue Jays had all their starters stay healthy and needed just 8 starts from pitchers beyond their top 5. In 2017, we saw just how devastating a couple injuries and some underperformance can be. The Jays’ 47 wins from its rotation ranked 20th in baseball.

The stats below further illustrate the importance of depth. This season, only the Diamondbacks got 150 or more innings pitched from five starting pitchers. And there were only three other major league teams that got 150 IP from four starters. Marcus Stroman and Marco Estrada were the lone Blue Jays to pull off the feat.

fun fact: the D-backs were the only team in MLB to have 5 starters throw 150+ innings this year

Having capable 6th, 7th and 8th starters within the organization should be a major priority for the team heading into 2018.

Joe Biagini‘s results as a starter in 2017 left something to be desired. His 5.73 ERA and problems with runners on base suggest that he might need some time in AAA in 2018 to work things out. As of now, there’s no reason to cut his development as a starter short to have him work out of the bullpen.

The team will also have to make a decision on Brett Anderson and Tom Koehler.

Anderson will be a free agent after making 7 starts for the Jays this year. His 3.82 FIP suggests there was more skill present than was shown by his 5.13 ERA, and his track record backs that up. When he’s healthy. And that’s the thing – it’s impossible to know what to expect from the guy as injuries have plagued him his entire career. He’s a hard one to pencil into a rotation spot but would make a nice depth piece.

Tom Koehler is entering his final arbitration year but the Jays probably won’t be giving him a raise on his 2017 price tag of $5.75M just to be used as a long-man out of the bullpen. They could non-tender Koehler and try re-signing him to a salary more fitting of a middle reliever, with the incentive of a rotation spot should one of the starters go down with injury. He’s only one year removed from making 33 starts in Miami to the tune of a 4.33 ERA, which is serviceable for a 5th starter.

Ryan Borucki was perhaps the fastest riser in Toronto’s system this year. He started the year in Dunedin and by the end of August had made a start for AAA Buffalo. All told, he pitched 150.1 innings across three levels and put his name on the list of players to watch in Spring Training. It’s most likely he’ll start the year back in Buffalo but could be one of the first names called upon in the event of injuries.

Sean Reid-Foley didn’t have the season some were hoping for but he did manage 27 starts at Double-A New Hampshire while posting a not-terrible 4.20 xFIP and 11.7% K-BB%. The long balls hurt him and he still has developing to do. But if he solves command and mechanical issues, he could make his major league debut in 2018. His stuff has never been in question. It’s just a matter of whether he can put it all together in the minors and force the Jays’ hand. Still just 22 years old, the club won’t rush him.

Chris Rowley, Cesar Valdez, Mike Bolsinger, Brett Oberholtzer, T.J. House and Nick Tepesch are all under contract through 2018 and have starting experience. Ideally guys like that are farther down the depth chart though. You don’t want any of them having to occupy a rotation spot for a significant length of time.

Turning to the free agent market, the Blue Jays could look to make a bigger splash than just filling the #5 spot with a serviceable hurler. Signing someone like Jake Arrieta, Yu Darvish or Masahiro Tanaka (should he opt out of his contract) would transform the rotation into into one of the strongest 1-through-5’s in baseball.

But each of those players comes with a certain level of health and performance risk, and will command a massive salary at a significant term. So far, the Ross Atkins/Mark Shapiro-led front office has chosen to invest in short-term rotation additions rather than long-term contracts. Like retaining Marco Estrada on a 1-year deal and prior to that locking up JA Happ on a very economical 3-year $36 million pact. It’s possible they’ll go a similar route and look at the next tier of starters available like veterans Lance Lynn or Jason Vargas.

Adding a Pitcher via Trade

In today’s press conference, GM Ross Atkins made it clear that while the minor league system is much stronger today than it was when he was hired, he was not interested in parting with prospects unless the team is on the verge of competing for a World Series title. “Just contending” he said, was not enough.

Understanding where the Jays are positioned today, it’s nearly impossible to imagine an Alex Anthopoulos-type trade where top prospects are moved out for big names.

Would Atkins part with lower-level prospects for rotation help? It’s possible but if trades do occur, my money is on one for a position player instead of a starting pitcher. The corner outfield positions, backup catcher and middle infield depth are also big areas of need.

A team could do worse than a top four of Marcus Stroman, Aaron Sanchez, JA Happ and Marco Estrada. If the Jays need to rely on internal options for that 5th starter, it’s not the end of the world. But if they have their sights set on returning to the postseason, it’s an area where significant improvement is possible, if the money is there to spend.