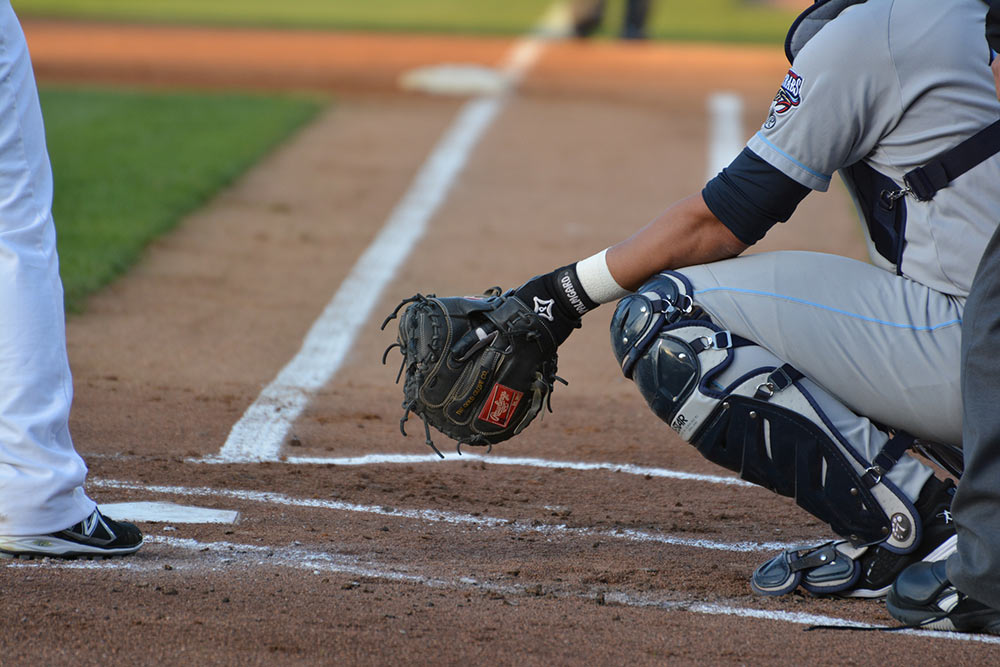 This is Part Two in our Offseason Needs series. Other parts will be added to this space as they are written.

The Blue Jays used six different catchers in 2017 and most of them were terrible. With Russell Martin turning 35 before next season and requiring days off behind the plate, the team will need more certainty from a backup catcher.

The Jarrod Saltalamacchia experiment didn’t last long. Ten games, in fact. And if one were so inclined to use Baseball Reference’s Play Index, I imagine you’d find few historical 10 game stretches much worse than Salty’s. He struck out in 16 of his 26 plate appearances while walking just once, and finished with one hit. A single. It was ugly and the Jays mercifully pulled the plug.

All told, his brief stint cost the Jays -0.6 WAR. Coincidentally, Luke Maile and Miguel Montero also “provided” that amount to the Jays. In other words, those three backup catchers cost the team almost 2 wins. That’s quite the feat of ineptitude considering they combined for just 263 plate appearances.

The saving grace with Luke Maile is that he was actually very good behind the plate. Which should come as no surprise, as that was his calling card in Tampa’s minor league system. But can the Jays go into 2018 hoping his bat comes around? There might be some untapped hitting ability but it’s far from a sure thing. And if a player hits just .146/.176/.231 he’d better be elite defensively.

Depending on how one values game calling and intangibles, Maile is going to have a tough time being an elite backstop.

Raffy Lopez’s short stint didn’t generate much fanfare but maybe it should have. 24 games is not a sample size to hang your hat on but in that short time Lopez flashed some potential. He showed some pop (a .241 ISO) and provided league average hitting (100 wRC+). His work at Buffalo and New Hampshire earlier this season suggests that his offensive game might not be just fluke.

Of course that could be an example of an older player finally figuring out minor league pitching. Lopez is 29 years old. And Statcast paints a less optimistic picture about his ability to hit over a larger sample size in the majors. His xwOBA (expected weighted On Base Average factors in launch angle and exit velocity) was 52 points lower than his actual wOBA (.273 – .325). Significant regression may be coming.

But tying for the Buffalo Bisons’ lead in home runs with 12 in just 59 games played is still noteworthy. Something clicked for him this year because there was legitimate power that emerged – his .551 slugging percentage was 2nd best at the AAA level among catchers with 200 or more plate appearances – after failing to crack .100 in his previous three years at AAA.

So how does he grade out defensively? While Clay Davenport’s metrics valued Lopez as 0 runs above average in 48 starts at Buffalo, he was 5 runs below average on the Jays. This is no surprise. The poor rating likely stems from throwing out only 1 base stealer in 17 attempts. That’s a percentage that won’t fly with the Jays’ commitment to improve defensively in 2018. He threw out 28% of would-be stealers in the minors however, so maybe there’s room for improvement.

Lopez has 2 option years remaining and is owed pre-arbitration salaries (near league minimum) until 2020. Maile has one option left and is also not arbitration eligible until 2020. The two catchers provide value in different ways and their future within the organization may rely on which side of the ball the front office puts more weight in.

Danny Jansen had a great season, rising from Dunedin to New Hampshire to Buffalo where he combined to hit .323 with a .400 OBP. However his 24% caught stealing percentage was just okay and other defensive metrics suggest he could improve more. But the development has been steady and he’s quickly risen to the top of the organization’s prospect list at the position. Oh, and he’s just 22 years old.

Will he compete for a backup role on the Jays as early as 2018? Probably not out of Spring Training, as the Jays don’t have a reason to rush him. So if he splits the catching duties in Buffalo with one of Lopez or Maile, and Reese McGuire and Max Pentecost form a duo in New Hampshire, the organization could look to a free agent on a one year deal to backup Martin.

Catching is a nuanced position and if the Jays’ front office is serious about contending again in 2018, they’ll likely look for experience.

31-year olds Welington Castillo and Alex Avila have probably set themselves up for multi-year deals in free agency this winter. Same goes for Jonathan Lucroy.

Will Matt Wieters opt out of his contract? He had an awful season, both at the plate and behind it. After waiting until late February to find a job last offseason, Wieters may not wish to go through that again. But if he does test the market, the Jays could add the veteran and hope he rebounds to at least his 2016 form, when he hit 17 home runs with a 1.8 fWAR in 124 games for the Orioles.

Backup catcher isn’t usually a role worth worrying about much, especially with a veteran starter like Russell Martin in the fold. But considering how much the lack of a good backup hurt the Blue Jays last year, this is one hole they’ll want to fill properly in the coming months.