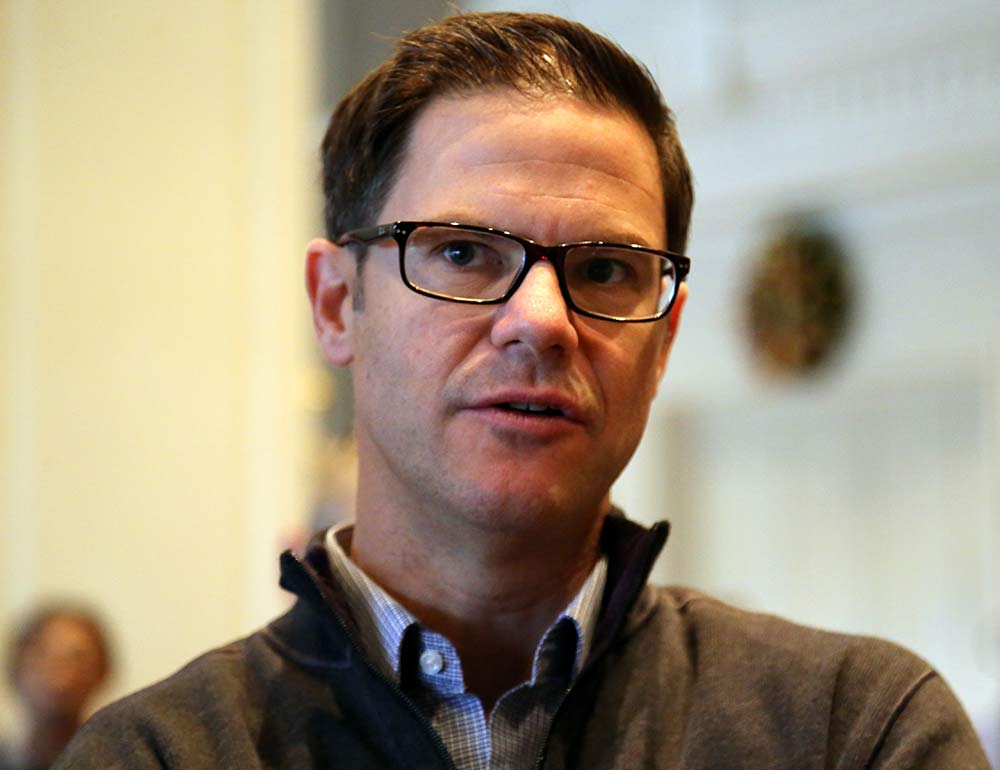 There’s no sugar coating it. This offseason has been the worst. It it weren’t for Shohei Ohtani’s posting and the Giancarlo Stanton trade, one would be hard pressed to know if the sport of baseball existed at all. There’s about a month left to go before pitchers and catchers report for Spring Training, so there’s that to look forward to. In the meantime, there isn’t much else. Exercising patience during this relentlessly awful, baseball-less winter is challenging, but it’s the right thing to do.

I realize that the initial urge is to judge a signing or a trade, but resist that. Let it marinate in your brain for a few hours, days even, and see where you settle on it then. Remember that when moves are made, they are most likely part of a larger puzzle.

When the Jays signed Curtis Granderson on Monday, they didn’t do it hoping he would turn the team into division favourites. Yet Twitter exploded with sarcasm and impatience. “Great move if this was 2011.” And “this is it!?” they complained. Well, no. Obviously not. There’s a lot of offseason left and many players remain unsigned. There’s been absolutely no indication that the Jays are done making moves.

Another complaint is that signing the soon-to-be 37 year old Granderson is a bad move because it doesn’t make the team younger. It’s true that it doesn’t, but signing anyone in free agency isn’t going to make the team younger. Players reach free agency after six or seven years and are no longer spring chickens. A youth movement happens from within over the course of years, not overnight.

Teams don’t make deals to appease the fan base, nor should they. And what should be judged is not the projected WAR of a single player signed in January. What matters is the team’s record in September. That’s what fans will ultimately measure a front office on.

It’s been a unique free agent market this year. There are a number of possible reasons for this:

There are other considerations but these are some of the driving factors I see as responsible for the changed market: luxury tax penalties; big data; oversaturation of power; lack of competitive clubs.

In the case of the team you and I care about, the Toronto Blue Jays, it appears they’ve decided to focus on minor additions instead of making the big splash. They’ve raised the roster’s floor and not its ceiling. Which makes sense, given that the Jays’ depth at various positions last season was abysmal.

So GM Ross Atkins traded for Gift Ngoepe, Aledmys Diaz and Yangervis Solarte to help solidify the infield. Curtis Granderson helps do the same in the outfield. And the Jays still have money to spend, likely somewhere around $15 million.

None of these moves raise the ceiling for the team – Granderson’s days of being a 5 WAR player are over – but they weren’t designed to. They were designed to raise the team’s floor in an attempt to avoid what happened last year. These moves don’t turn the Blue Jays’ into a projected 90 win team. But they do significantly lower the chance of losing as many games as they did last year. Which probably ensures they’ll hang around the Wild Card race if nothing else.

If the Jays make a surprise postseason run in 2018 it’s not going to be because Aledmys Diaz turns into Alex Rodriguez or Joe Biagini becomes an ace. It’s going to be because Josh Donaldson has another MVP-like season, Russell Martin stays healthy, Kevin Pillar remains a human highlight reel and the starting pitchers perform to their capability. For better or worse, these are the horses the Jays have attached themselves to. Much of it was put in motion by Alex Anthopoulos, and eventually the roster will resemble the current front office’s vision. But for now, the Jays’ best players need to be their best players if they want to be participating in October baseball.

The popular refrain from the fan base is that Rogers is cheap. They could be spending with the Yankees and choose not to. But today’s Yankees aren’t the powerhouse they are because they spend recklessly in free agency. Brian Cashman has superbly utilized advanced systems and data throughout the minor leagues and the organization’s ability to develop young talent has been the result. They have Aaron Judge, Gary Sanchez and Luis Severino to show for it. These aren’t George Steinbrenner’s Yankees.

Last season the Blue Jays opened the year with baseball’s 5th highest payroll. Some fans want them to spend even more, but that alone is not a road to contention. Have a look at the current roster: There are six Blue Jays making more than $10 million this year.

Would you sign Tulo, Martin and Morales to those salaries today if they were free agents? I wouldn’t. There are cheaper ways to get similar production. Contracts like these are cautionary tales of overpaying for decline years. There’s a real chance that this year’s free agent crop, that includes Jake Arrieta, J.D. Martinez, Greg Holland, Lorenzo Cain and Eric Hosmer, will leave a team with an albatross contract in three, four or five years.

I say let the Red Sox spend $150 million on Martinez. Let the Padres sign Hosmer for seven years. And let the Cardinals add Holland and his red flags on a multi-year deal. These teams have made mistakes before: Pablo Sandoval for 5 years and $95M. Carlos Quentin for 3 years and $27M. Jhonny Peralta for 4 years and $53M. Let them spend foolishly again while the Jays create payroll flexibility for the future. A future that, hopefully, includes a strong core of Roberto Osuna, Vladimir Guerrero Jr., Bo Bichette, Nate Pearson, Danny Jansen, Teoscar Hernandez and Anthony Alford. Retaining Marcus Stroman and Aaron Sanchez into some of their free agent seasons would be ideal and then Ross Atkins can supplement the team with a big free agent signing.

But it makes less sense right now while the Jays are simply trying to bridge the gap to this hopeful future. It’s why 1-year deals are in vogue, like those to Joe Smith, Estrada and Granderson, and will probably remain a hallmark of this front office for another year or two.

Patience isn’t easy when other teams are improving and making a push towards contention. But these teams picked their spots and didn’t go all-in when it didn’t make sense. The Jays should follow suit.