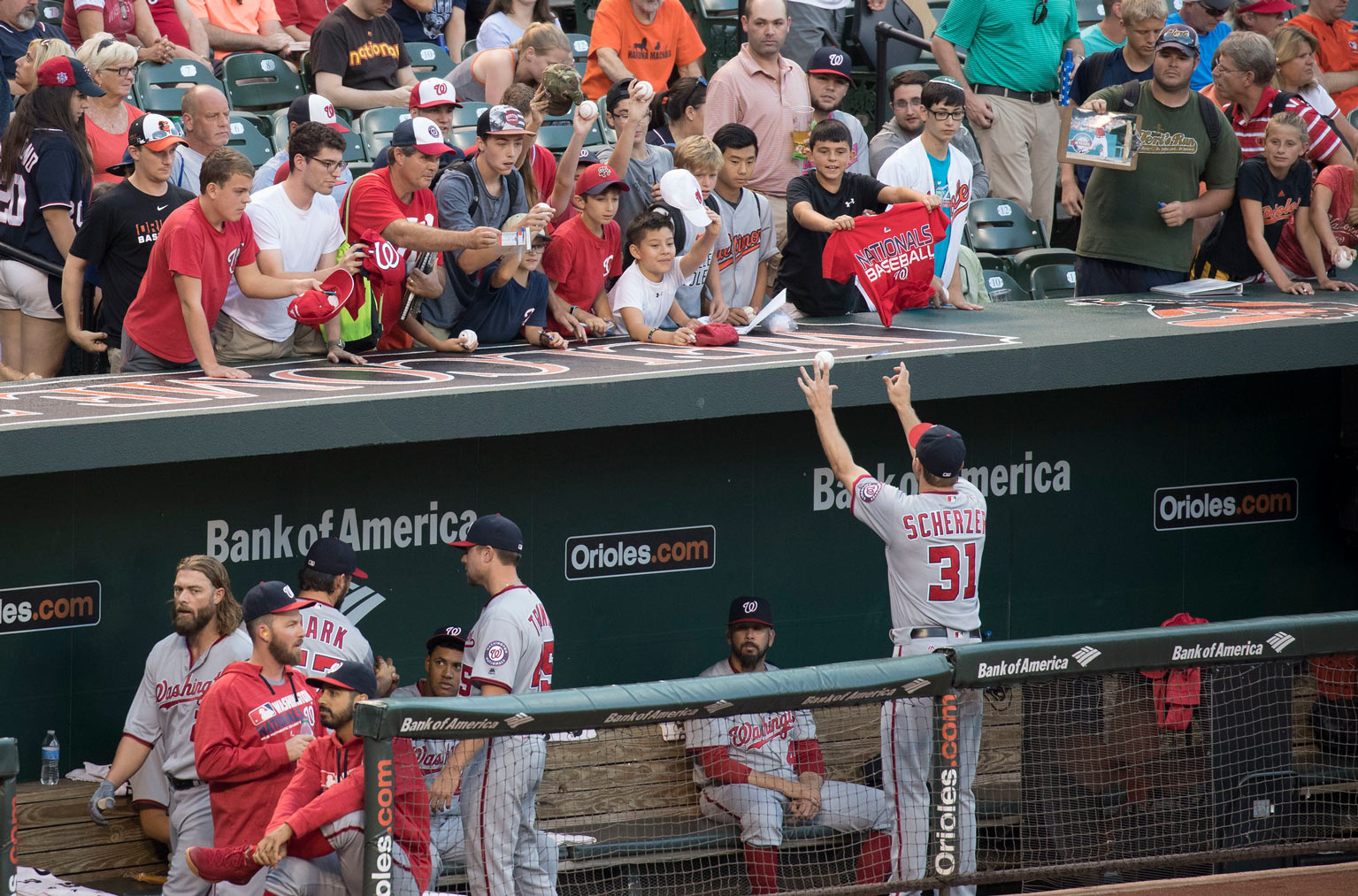 Ballpark netting and fan safety is unfortunately a hot topic once again. In a game between the Cubs and Astros on Wednesday night, a young girl was struck with a foul ball line drive off the bat of Albert Almora Jr.

Look at her face.

Look at the little girl, orange bow in her hair, fear in her eyes, pain and suffering evident.

Look at her and tell me Major League Baseball doesn't need to extend netting from foul pole to foul pole at every stadium.

From reports I’ve read, the girl is going to be alright. Almora was distraught immediately after it happened, and again when asking security for an update between innings. Most of the players on the field looked stunned, clearly affected. The girl and her family had to deal with the physical and emotional trauma of the event.

As expected, many took to social media to voice their opinions. All 30 ballparks extended the netting two years ago in an effort to improve fan safety. Today, some are advocating for netting to be extended even further, baseball journalists included. Sung Min Kim pointed out that in the Korean Baseball Organization (KBO), all ballparks have extended netting farther down the foul lines.

Joe Sheehan alluded to the possibility of legal action being taken in the future, which I’ll come back to later.

I have to assume MLBAM has the exit velocity of all foul balls on a server somewhere. Just mentioning this for any lawyers who follow me, in case it ever comes up. No reason.

And of course, with social media being what it is, there were less sensible arguments being made.

“Pay attention” seems to be the most common sentiment from the other side, so let’s examine this further.

Statcast has tracked 5,177 foul balls over the past seven days. The hardest hit was off the bat of Marcell Ozuna in a game between the Cardinals and the Braves on May 26th.

I happened to be watching this game live. The conditions were good – partly cloudy, 28°C (83°F) at game time with a light breeze, and no rain. The sound the ball made against the Webster University sign in left field echoed through the whole stadium. You could hear the announcers chuckling to themselves, in awe of how hard Ozuna hit it.

Statcast measured Ozuna’s foul ball velocity at 115.9 mph. For our purposes, that converts to about 170 feet per second. The distance from home plate to third base is 90 feet. The protective netting in some ballparks extends barely past third base.

An image of Ozuna’s home ballpark, Busch Stadium, from RateYourSeats.com grants us the perspective of the first seat unprotected by the netting down the third base line.

Let’s estimate that these seats are 30 feet past the bag, making it 120 feet from the batter at home plate, give or take. Had Ozuna hit a line drive towards section 108 where the protective netting ends, a spectator there would have less than three-quarters of a second before a ball hit at 170 ft/sec. arrives. The average human reaction time is between 150 – 300 milliseconds to a visual stimulus. So if a ball is travelling at 115 mph, a fan might have less than half a second after seeing the flight of the ball to physically move and avoid it.

Half a second. No glove. Food and drink in hand. Surrounded by conversations and other distractions.

Balls hit this hard in play are often difficult for Major League players to field cleanly. Yet some people expect fans to have the physical skills of professional athletes in order to keep themselves safe.

In 2017, Zack Cozart spoke about kids in the stands left unprotected by netting.

No matter how locked in their parents are in protecting them, the ball comes so fast that you can’t react sometimes

He expressed concern again. Remember, this is an athlete who is exceptionally gifted and trained to catch baseballs at tremendous speeds:

if they hit a hard line drive to me at shortstop sometimes, I’m like, ‘man, that ball was hit hard.’ And I play the game for a living at the highest level. These people have no chance

Cozart’s not just being modest. Observe this 110 mph line drive off the bat of Joey Gallo.

That’s Shed Long, an athletic 23-year old second baseman for the Mariners. Baseball America labelled him as a “fringe-average defender” in their scouting report this year. In other words, he’s capable of playing the position. Even at 205 feet from home plate, wearing a glove, he was unable to catch Gallo’s line drive, even hurting himself in the process. He was, presumably, paying attention.

This should illustrate the logistical impossibility, and thus the logical fallacy, of expecting fans to protect themselves by simply paying attention. The speeds are so great, and distances are so short, that more netting is needed to protect spectators.

So you would think it would be a no-brainer for teams and the league to want to do this. Well, it turns out that it’s not that simple. Sheryl Ring wrote about fan safety from a legal perspective at FanGraphs in February 2018.

If a foul ball comes your way at a ballpark, the law basically says you should have seen it coming. You’ll probably find language on your ticket saying you assume the risk of injury by foul ball, like the Yankees have on theirs.

On the other hand, an entirely different set of rules exists where there is netting. That’s because, in those instances, the team has voluntarily assumed the duty to protect its spectators by erecting the netting.

In this silly set of legal circumstances, teams are not incentivized to voluntarily extend the netting. That’s not to say that teams don’t care about the safety of their paying customers – they do. But assuming liability is unfortunately a factor. Sheryl mentioned that she’ll be writing a new article on this topic next week – keep your eyes out for that at FanGraphs.

It should go without saying that fans need to be aware of their surroundings at a baseball game. Covering the entire playing surface in a protective dome of netting is not going to happen. Expecting some measure of personal responsibility is reasonable. But the examples shown here suggest that areas of some ballparks remain prone to tragedy from a foul ball.

Fans, and Major League Baseball, need to know that being attentive of the action might not be enough. Sure, the likelihood of getting injured is slim. But we’re reminded every season that bad things still happen.

Conditions can be worse than in the two games referenced above. It could be raining. A foul ball could get lost in the sun or stadium lights. Poor visibility can make catching a foul ball even more difficult than it already is. And with the ball livelier this year than perhaps any season in history, the risk to fan safety is not going to be mitigated without MLB taking action. The time to act is now.