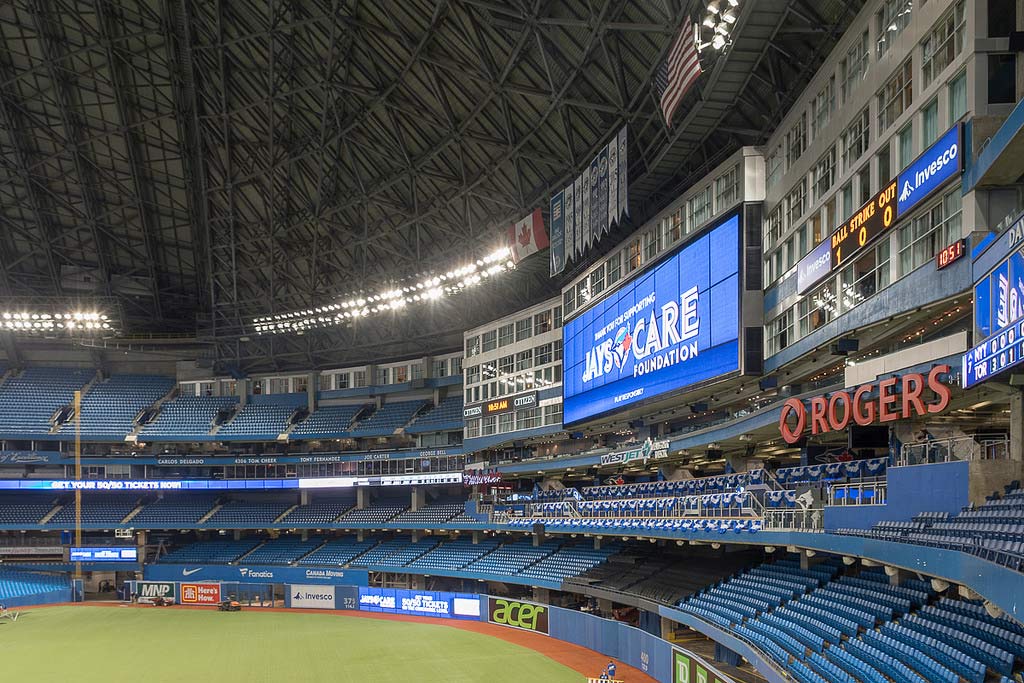 On Tuesday, Blue Jays fans were hit with news that Roberto Osuna was arrested and charged with assault. I had some things to say on the matter from a moral perspective. Today I’m writing about it from a public relations and image perspective. It is not a good look for the Blue Jays. It is also not an isolated incident. While perhaps being the most serious offence to date, there is a long list of behavioural problems and mistakes made within the organization dating back long before this week.

In reverse chronological order, let’s address some of these problems.

In March, Blue Jays prospect Thomas Pannone was suspended for 80 games after testing positive for an anabolic steroid. A disappointing development considering how high the team was on him entering 2018.

In November, Blue Jays analyst Gregg Zaun was fired over inappropriate comments and behaviour towards women. Female employees alleged that his conduct had gone on for a while and was tolerated in the workplace.

Earlier that month, PED use caught up to three minor leaguers playing in the Dominican Summer League. Hugo Cardona, Yhon Perez and Leonicio Ventura were each suspended for 72 games.

That brought the total to 7 players in the organization suspended for PED use in 2017, a number that led Major League Baseball that year. And as the Globe and Mail reported last November, “no other team in the majors can match the Blue Jays’ 13 failed drug tests over the past two years.” That’s an embarrassing record to hold.

Last season also gave us a homophobic slur from the mouth of Kevin Pillar, directed at opposing pitcher Jason Motte.

The Blue Jays suspended Pillar for two games following the incident. A total, one could argue, that wasn’t commensurate with the offence given Toronto’s status as one of the most LGBT-friendly cities in the world. Perhaps equally puzzling was the fact that, until this year, the Blue Jays did not even have an annual Pride Night. They did in the mid-2000s but abandoned it up until the announcement in November that it would be back in 2018.

From an image standpoint, it’s been a tumultuous last 12 months for Rogers and the Blue Jays.

But as Blue Jays Beat Twitter follower Jason pointed out today, these types of incidents have been going on long before Mark Shapiro put his stamp on the organization as President and CEO.

We all remember Chris Collabello’s PED suspension in 2016, after he tested positive for DHCMT, the same substance that Pannone got caught for. The suspension effectively ended his career in Toronto.

Speaking of PEDs, the Jays had no issue giving Melky Cabrera a contract in the offseason after he was suspended for 50 games in 2011. It wasn’t just the failed drug test that was questionable but the way Cabrera tried to cover it up with a bizarre website scheme instead of accepting responsibility. Sure, some players deserve second chances, but it’s notable that the Blue Jays were the ones to give it.

There was Yunel Escobar‘s 3-game suspension for a homophobic slur written on his eye black in 2012. While he did come back to play for the Blue Jays that year, he was eventually traded in the blockbuster deal with the Marlins.

Over the course of these events, familiar official statements have been made. They have asserted how this type of behaviour is “not acceptable” and “not indicative of our culture”. At what point do these words start to ring hollow?

The sheer number of incidents in recent years chips away at the team’s credibility. And sure, the Blue Jays aren’t the only club with players who are caught cheating or who run into legal problems. But this is a Blue Jays publication and you, the reader, are presumably a Blue Jays fan. This organization’s track record suggests it could do a much better job representing fans in Toronto and across Canada.

Mark Shapiro has spoken about the “culture” of the Blue Jays on numerous occasions. Surely he can’t be happy with the state of the organization. And if the early attendance numbers are any indication, fans are already less engaged with the club than they have been in the past.

Last season, the Blue Jays led the American League with 39,554 tickets sold per home game. Even in September, when the Jays were all but eliminated from postseason play, they still averaged over 37,000 according to Baseball-Reference.com.

Through 17 games this season they’re averaging just 24,885. That may be good enough for 7th in the AL but considering the Blue Jays play indoors, it’s not very impressive. Attendance numbers across the Midwest and Eastern United States have been significantly affected by historically poor weather. The World Series contending Indians, for instance, will surely not draw just 15,637 fans per game as the weather improves.

A poor 2017 on-field showing is surely responsible for some of the drop in attendance. But legal trouble like Osuna’s must have a tangible effect on the team’s earnings. How many fans will be purchasing Osuna jerseys in the coming weeks? Sure, those fans might just choose another player on the team and still spend the money, but some won’t. When the values of fans aren’t reflected in image of the team or the behaviour of its players, there will eventually be consequences.

Ultimately the current image problem lands at the feet of Mark Shapiro. His predecessor isn’t off the hook either, but it’s 2018 and well into Shapiro’s tenure. He’s made changes throughout the organization with the goal of creating a “championship culture”. And the Jays have stocked more talent in the minors than they have in years. But that is not the only ingredient in building a successful team.

While the PED issues are concerning, can the Jays afford another disparaging remark made by a player towards a minority group? What about another assault charge? Sexual harassment from another employee? The team is at the point where they have to be seriously considering making an example out of Osuna.

Sheryl Ring at Fangraphs today made a great observation about the language used in the Blue Jays’ official statement. We’ll have to wait and see how the legal proceedings play out, but don’t be surprised by an unprecedented response by the team once the dust settles.

And that’s something that has the potential to harm the Jays’ wins and losses record. Should the worst case scenario for Osuna present itself (jail time) the Jays may be pressured to trade him for pennies on the dollar.

These are the PR nightmares that require difficult decisions. They won’t result in everyone being happy or the organization being in a great short-term position. But looking back at the last six years, it’s clear that status quo isn’t cutting it. We aren’t living in an era anymore where the “bad boys” image of the Oakland Raiders or Detroit Pistons sells. The Jays need to forge a path in one of the most culturally diverse and progressive cities in the world. And a lot of eyes will be on the front office’s decisions in the coming weeks and months.