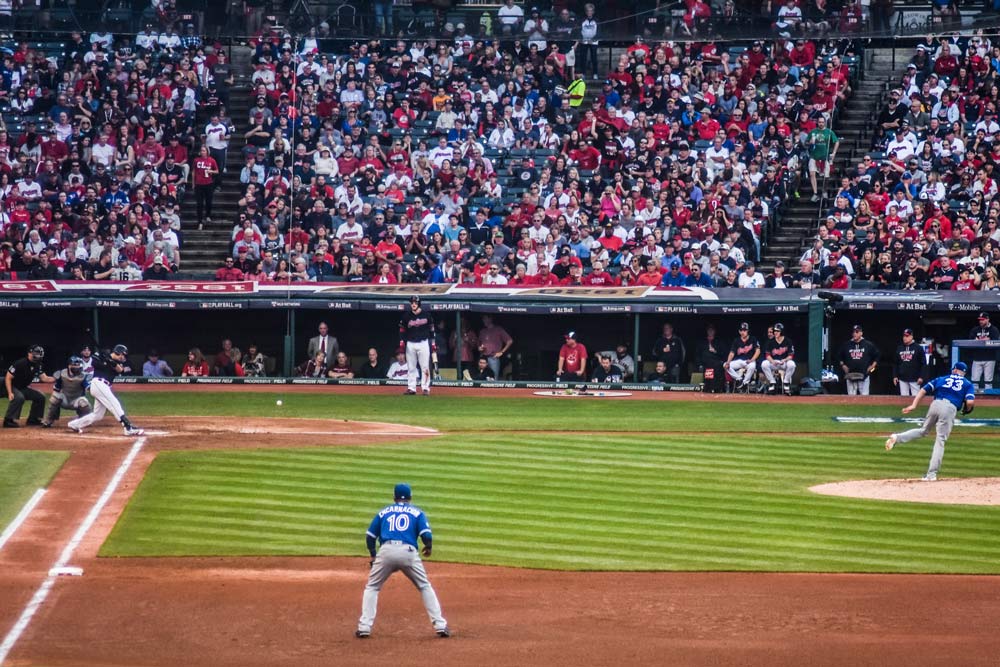 The Blue Jays will qualify for the postseason in 2018.

After last season ended, such a prediction would have been deemed foolhardy. Perhaps some may still deem it foolhardy. I do not share this sentiment, however, and supporting reasons will follow.

It’s worth pointing out that FanGraphs is currently projecting the Blue Jays to win 87 games. That’s three more wins than the Angels, which places the Jays firmly in the 2nd Wild Card spot. It’s also worth mentioning that Fangraphs has not applied strength of schedule considerations to their projections yet. Even so, it’s a pleasant surprise to see Toronto ranked so highly, if only for a few more days.

In 2017, the Jays roster was hit with a tremendous number of injuries. In fact, 25 players hit the DL in all, an amount eclipsed only by the Dodgers with 26. Suffering that many injuries two years in a row is highly unlikely.

The Jays still are an old team, so injuries are a reality they will have to contend with to some degree. But after a number of moves were made this offseason to address depth at key positions, the team is far better positioned to handle DL trips from its starting players.

More Production from RF and DH

Kendrys Morales and Jose Bautista had two of the 10 worst single seasons in Blue Jays franchise history last year. Bautista is gone and Morales is projected to be above replacement level. And if Morales doesn’t improve, one has to think his days as a regular might be over, big contract and all. The team has a few players it could start in the DH spot if Morales is unplayable. Russell Martin on days he doesn’t catch, Curtis Granderson against righties, or even Yangervis Solarte if Tulo and Travis are both healthy.

With a deeper group of position players, the Jays at least have options at DH if Morales can’t cut it.

The competition for a Wild Card spot seems pretty light this year. If we’re pencilling the Red Sox in as the 1st Wild Card winner, the Jays might have only the Angels and Twins to worry about. And even the Twins’ chances seem a bit inflated to me. They’re starting the season without Ervin Santana and Miguel Sano might be looking at a suspension.

Even if the Twins repeat their surprising 2017 run, there’s still probably only two teams the Jays need to worry about.

The Jays are only a year removed from having the best rotation in the American League. In 2016 Blue Jays starters compiled the league’s best ERA, the most WAR and the 2nd best FIP. Four fifths of that rotation is back for 2018 along with Jaime Garcia and better depth than they had in 2017. This should be a similar group to the one in 2016 that limited home runs, kept the ball on the ground, and gave the team a chance to win on most nights.

Last season was a weird one for the Blue Jays star closer. He dealt with anxiety – anyone who has suffered that surely knows how incapacitating it can be – and it affected him on and off the field. Osuna went through therapy sessions and has said he’s in a better place now. Not only do the Jays have a courageous young man on the roster who isn’t afraid of talking about mental illness, a subject still taboo in pro sports, but they have one of the elite relievers in the game. Apologies to Blake Parker and Addison Reed, but that’s something the Angels and Twins are not able to say.

Last year, only Osuna, Dominic Leone and Teoscar Hernandez were players 25 years of age and under who made a positive impact on the club. Baseball has increasingly become a young person’s game and the Jays’ age showed. This year, they have Hernandez waiting in the wings with a much more robust upper level of the farm system.

Position players who are close to making impacts include catcher Danny Jansen, middle infielder Richard Urena, and outfielder Anthony Alford. On the pitching side, they have Ryan Borucki, Thomas Pannone and Taylor Guerrieri knocking on the door. And it’s possible that prospects Sean Reid-Foley and Jon Harris could make debuts out of the bullpen later in the season.

The team’s weak depth previously put a significant strain on the older starters to stay healthy, and pushed some players into roles they simply weren’t good enough for. For the first time in a while there is a youth movement on the horizon. I wouldn’t even count out a September call-up of Vladimir Guerrero Jr if he keeps abusing minor pitching like he did last year.

Josh Donaldson is surrounded by a stronger lineup

Donaldson’s 78 RBI last season was his lowest total in 6 years. Sure, he missed time due to injuries, but he didn’t have much of an on base threat ahead of him in the lineup on most nights. The Jays .218 batting average out of the leadoff spot was dead last in MLB. Their .285 OBP was second last. The Jays are going to hit their best player 2nd in the lineup again, and this time he has a stronger supporting cast.

Against right-handed starting pitchers, Granderson could get the nod to lead off. He has a .342 OBP against righties over the past two seasons and that number is in line with his .340 OBP from Steamer Projections.

The Jays also got below average production behind Donaldson out of the #3 spot. That spot’s .333 wOBA ranked 9th in the AL and its .435 slugging percentage ranked 12th. Between the additions of Randal Grichuk and Granderson, and Morales’ bounce-back potential, there should be more of a threat hitting directly behind Donaldson.

Add it all up and it’s looking like the Jays’ chances of playing meaningful ball into late summer are pretty good.