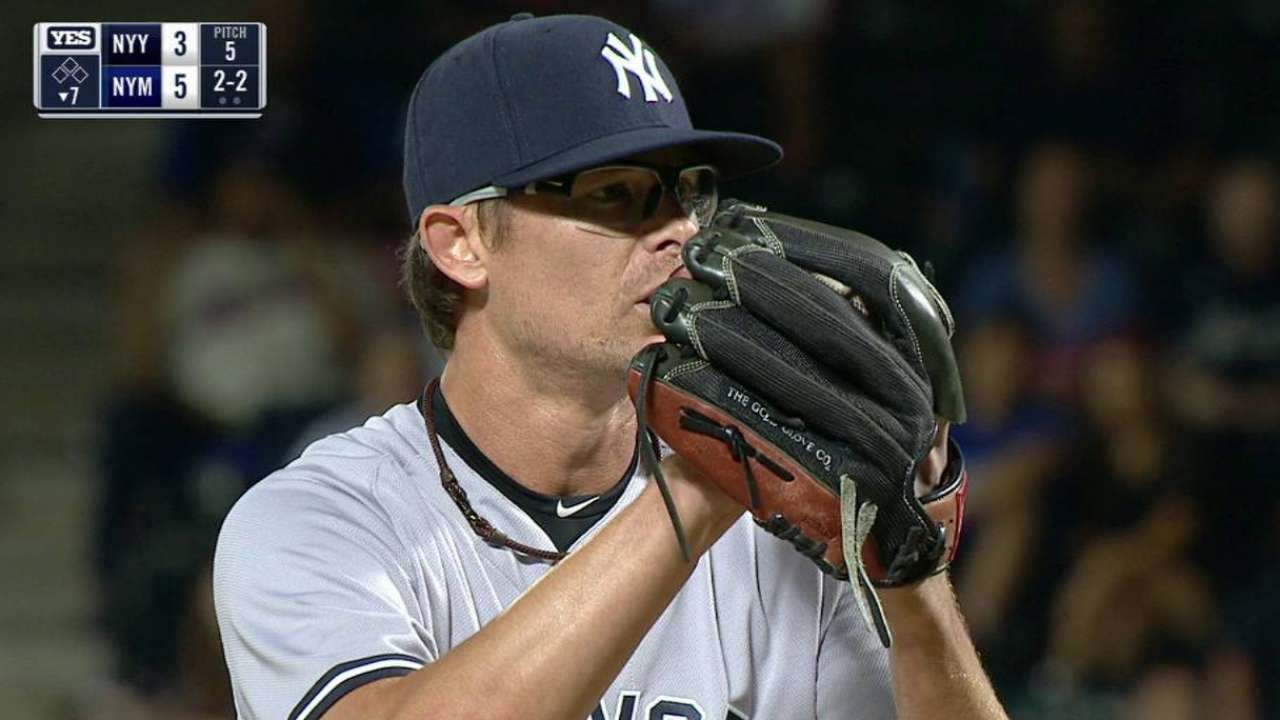 It’s right there, staring you in the face. Go to his stats page on any of the major websites and you can’t miss it. A 4.77 ERA.

There’s also a fastball velocity that was 2.3 mph slower in October compared to the October a year prior.

A minor league deal with an invitation to Spring Training is what the Blue Jays gave Tyler Clippard on Wednesday. There’s no risk in such a move, only upside. But the question is, how much upside?

As MLBTR pointed out, it’s possible that the decrease in velocity helped turn all those infield popups he used to induce into more squared up hits. After all, he’s been more susceptible to the home run the past two years. And it’s possible he’s just a victim of the new juiced ball.

What’s interesting about his home run spikes in 2016 and 2017 is that the type of pitch he’s been victimized on the most changed each year. To illustrate this, I’m going to take some data from FanGraphs Pitch Type Splits and Statcast.

Home Runs Off The Changeup

His changeup was dinger-prone in 2016. And looking at the heatmaps, he was grooving plenty of changeups that year. 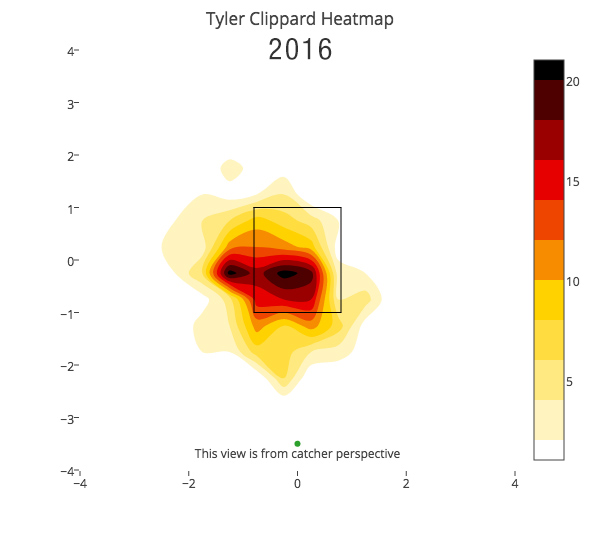 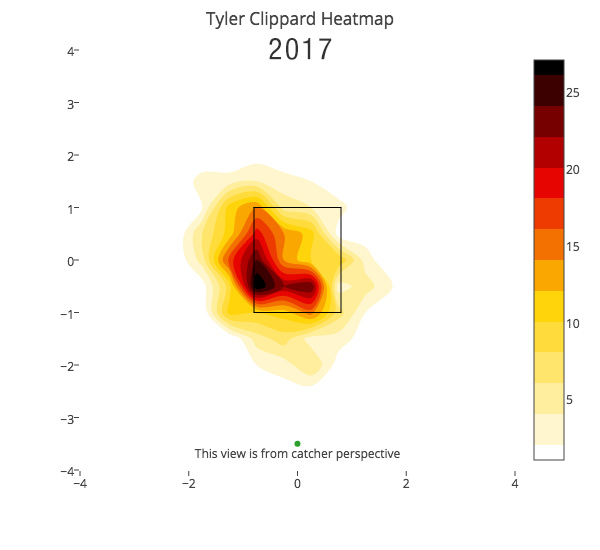 Last year he was locating inside. In 2016 he was leaving most changeups almost dead centre. No wonder they were getting crushed.

Yet despite this, his .297 xwOBA on changeups was a whopping .109 points lower than his .406 wOBA, one the biggest differentials in the league according to Statcast.

Since xwOBA accounts for launch angle and exit velocity of the ball, it’s possible that the results were worse than he was actually pitching.

Home Runs Off The Fastball

Last year it was the fastball’s turn to get hit hard. What stands out immediately is his 183 wRC+ allowed against it. In the eight seasons prior it was never worse than 108 wRC+, so 183 is way out of character. While his poor 18.5% walk rate contributed to the bad wRC+, the 35% HR/FB rate is really what hurt. That is more than twice the next nearest rate he’s had in a season (15% in 2009).

Can we blame the decreased fastball velocity? 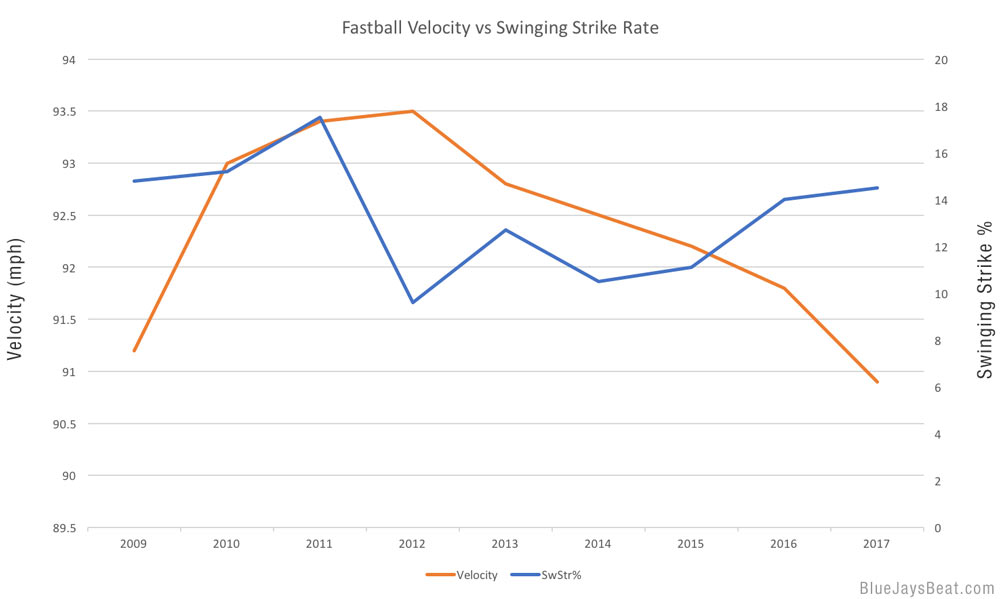 It doesn’t look like we can. His fastball swinging strike rate has actually increased as its velocity has dropped. His fastball has always had good “rise” and that hasn’t changed even as it gets slower. He can still get swings and misses by setting it up with other pitches – a key trait that may bode well for the future.

A reason for this might be how his changeup velocity has dropped right along with the fastball’s. 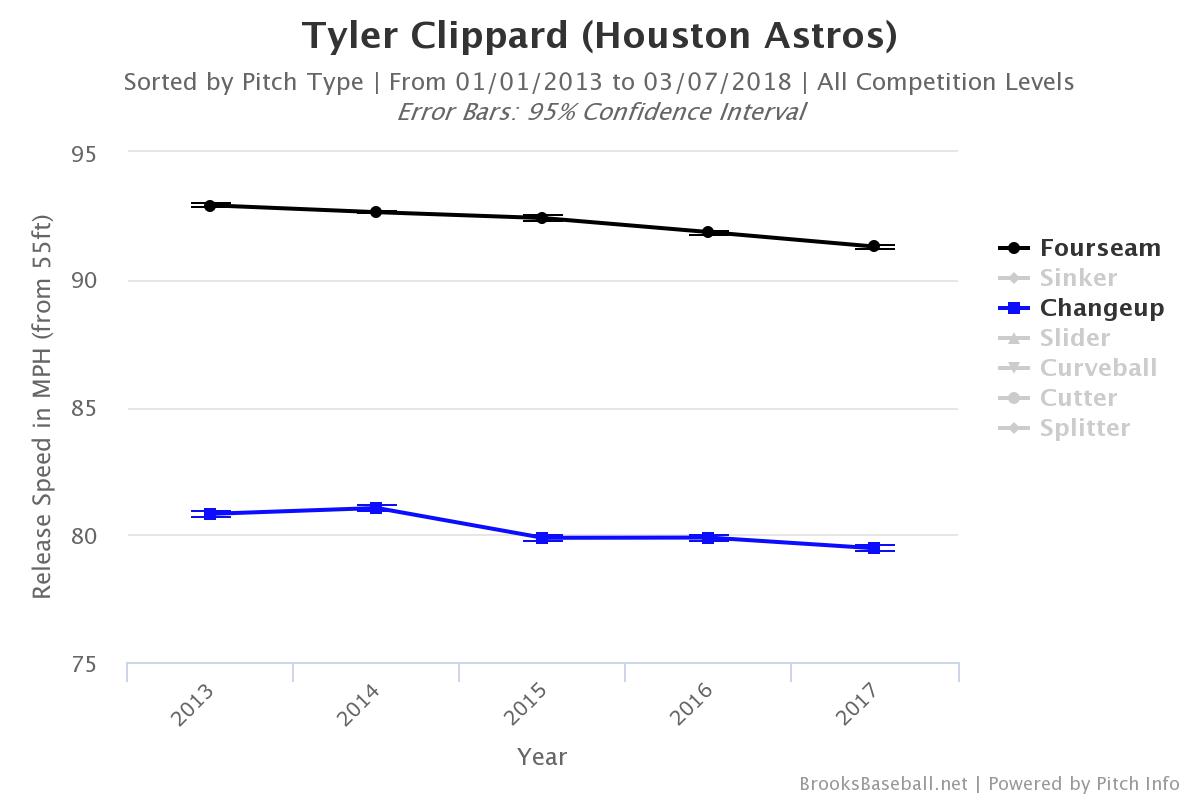 He’s been able to maintain a healthy 12 mph difference between the two pitches.

So while his changeup command wasn’t great in 2016, it was his fastball command that burned him in 2017. His 49.1% swing rate was the lowest on the pitch since 2009. And Statcast helps illustrate how his location was more erratic with the heater than it was in 2016. 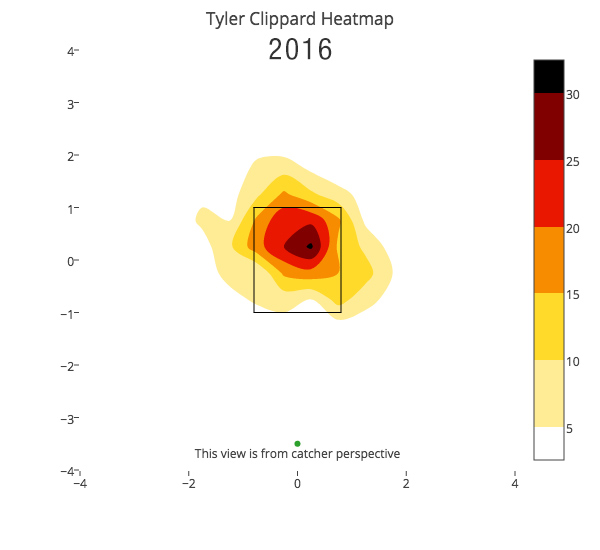 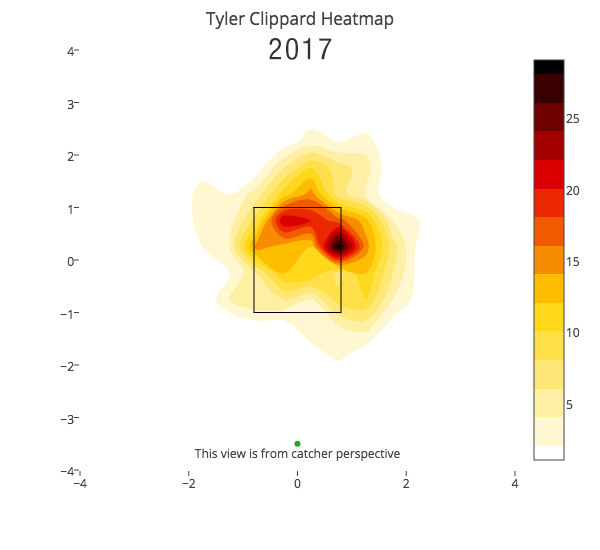 Finally, some bad luck might have played a part in his disastrous 2017 season. Again we see a significant difference between xwOBA and wOBA.

I don’t expect anywhere near a 35% HR/FB off the pitch again in 2018. If he can tighten up his command a bit, the Jays probably believe he can be a significant contributor in the bullpen. Clippard isn’t the first veteran reliever the Jays have extended a minor league contract to this offseason: Al Alburquerque, Craig Breslow, Jake Petricka and John Axford came before him. But even at 33 years of age now, it still seems like Clippard has the most upside out of them all if he can regain his once excellent fastball-changeup combo.