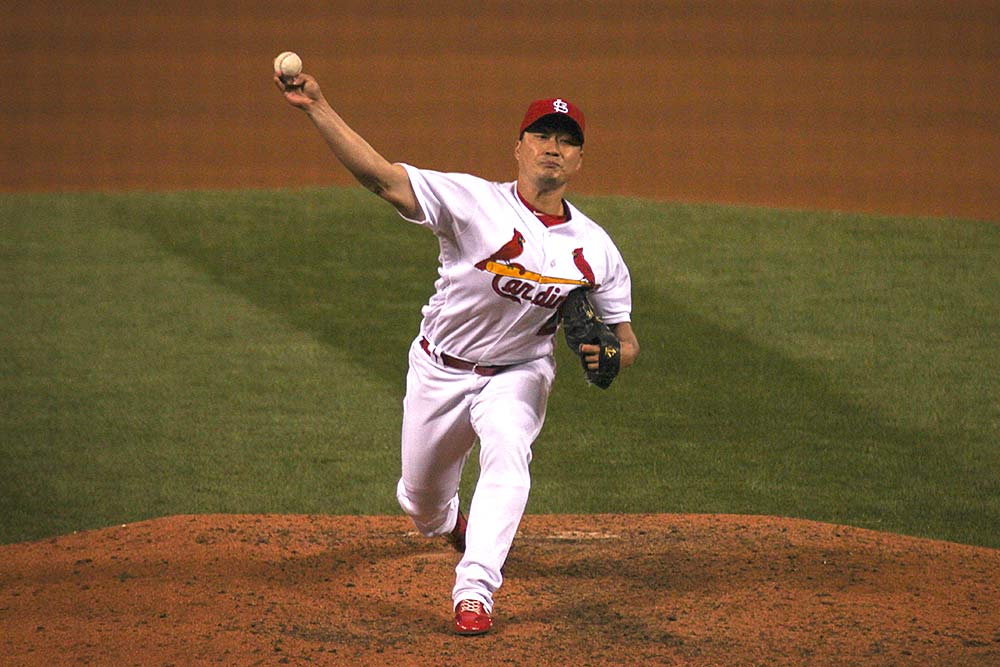 After a successful career in Korea and Japan, Seung Hwan Oh came over two seasons ago to the St. Louis Cardinals. He made major league hitters look silly, posting a 1.92 ERA and 0.92 WHIP over 79.2 innings. His 2.6 fWAR was 5th best among relief pitchers. He headed into 2017 looking to establish himself as a great reliever. Instead, Oh stumbled to a pedestrian 4.10 ERA and 0.1 fWAR.

The Blue Jays signed him to a $2 million guarantee last Sunday, a price reflective of the uncertainty in his 2018 projections. The range of outcomes appears to be quite large.

So why the disparity in production the last two seasons? As always, we turn to the data and endeavour to make sense of it.

Oh’s slider was a true “out pitch” and he used it accordingly, throwing it 40.5% of the time in 2-strike counts.

So his slider abandoned him. It happens with pitchers from time to time. In Oh’s case, the slider’s overall movement changed, it caught more of the zone, didn’t get as many whiffs, and got far fewer ground balls. This is not the recipe for a good breaking ball.

Left handed hitters in particular had their way with Oh.

These numbers are stark in comparison to his masterful work against opposite handed hitters in 2016 – a superb .173/.234/.221 slash line. Oh’s .198 wOBA allowed vs LHH was 2nd lowest in baseball behind Brad Hand among relievers with 30 IP.

But of course he had a good off speed pitch that year – the slider – and in 2017 he didn’t. That’s probably the biggest reason for his platoon splits.

And if he can improve even slightly against lefties while remaining effective against righties, his overall numbers will look much better.

Can he find it again?

I suppose we won’t know until Pitch Info and PITCHf/x start tracking 2018 data for him and we get some kind of sample size. And there’s always the anecdotal evidence put forth by the player himself during the Spring. But it will be important to watch how his changeup and slider look.

Age might be another factor in how effective Oh is.

2018 will technically be his age 35 season but he’ll turn 36 on July 15th. The fact is, we just don’t see many pitchers that age stay healthy and remain effective in late inning roles. In fact, there were only two qualified relievers last year to achieve both an ERA and a FIP under 4.00 – 36 year olds Pat Neshek and Ryan Madson.

Now, we won’t hold this against Oh until he actually proves he can’t do it anymore for more than one season, but it’s worth keeping in mind. And the price Toronto paid reflects this risk perfectly, so this deal has the possibility of working out very well. Seung Hwan Oh doesn’t have to be any better than a decent reliever for this to be a nice deal for the team. And if he’s elite again, it’s a steal.