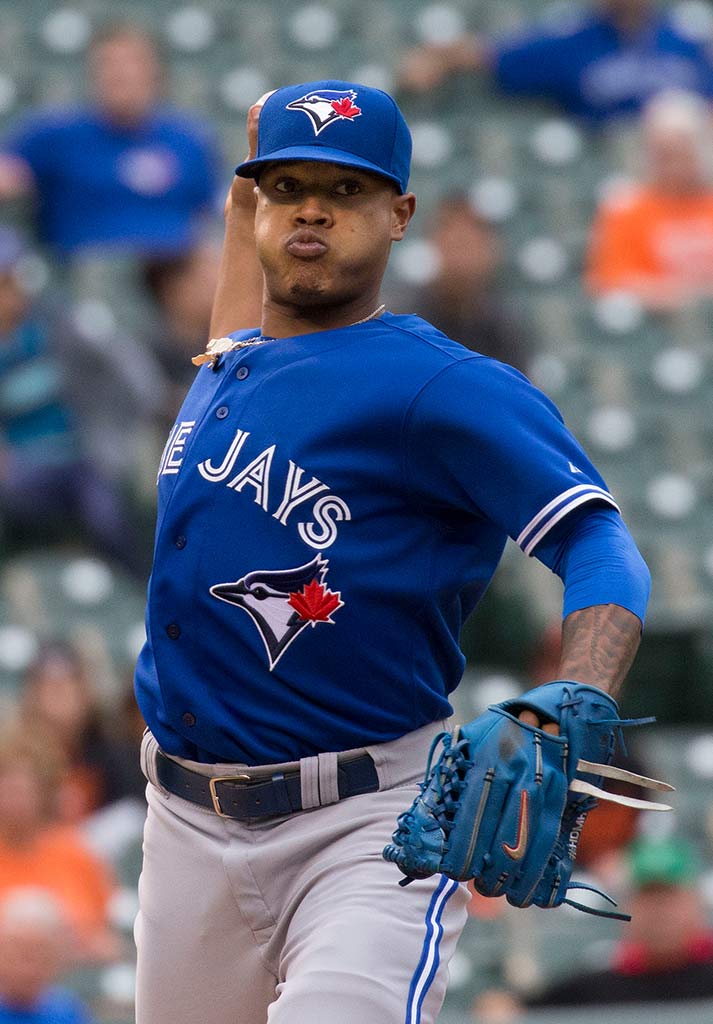 So the reporting and opinion outlet known as the Toronto Sun wrote a piece criticizing Marcus Stroman’s recent fiery displays of emotion. I won’t link to it but it’s not hard to find. The gist of it was that his emotional nature is starting to become a problem. The question is, to whom?

It certainly has not created a problem with Stroman’s contributions to his team. His 3.19 ERA this year ranks 5th in the American League. Over his last 5 starts his ERA is even lower at 2.45. His 10 wins are a team high, by far. No issue there.

Last Thursday the quick hook that home plate umpire Will Little League – er, I mean Will Little – gave Stroman, was roundly criticized for being thin skinned an unnecessary. Buck Martinez (who we’ll get to shortly for other reasons) in his nearly 50 years of being involved in major league baseball, said during the broadcast that he hadn’t seen a battery, both the pitcher and his catcher, thrown out on the same play.

Indeed, it was a “unique” reaction by the home plate umpire. And this was mere moments after Little tossed John Gibbons for arguing from the dugout.

But to some, this incident is used to further a narrative only about Marcus Stroman, not Martin or Gibbons.

Never mind that Russell Martin has been tossed 3 times since 2014 compared to Stroman’s lone ejection.

And forget for a moment that manager John Gibbons has been ejected 12 times (yes, twelve) since 2016. Where is the outrage about that? Surely the example and leadership displayed from a team’s manager is more important to the culture of a club than that of one player.

But no, there is a growing condemnation of Marcus Stroman. Even Blue Jays play-by-play announcer Buck Martinez directed his ire towards the 26-year old during Tuesday’s White Sox game. His mic was still hot even though it appeared like he thought they were off air.

So, uh, I guess the audio cut out for those watching on Sportsnet, and Buck and Pat didn't realize their mics were still hot on MLB dot TV. pic.twitter.com/pXmUSEp8kl

Martinez: “He just had to holler back over at the White Sox.”

This was in response to the incident with Tim Anderson of the White Sox on Tuesday night. An incident that appeared to be initiated by Anderson, who called timeout (which was inexplicably granted despite Stroman being midway into his windup) and struck out in the 7th inning. Instead of walking back to the dugout, as is customary upon swinging and missing at a 3rd strike, Anderson decided to stare down Stroman, who responded in kind by looking at him and asking what the problem was.

Indeed, what on earth was Anderson’s problem? That he didn’t like Stroman’s altered timing to the plate? It’s not against the rules and it’s not the first time a pitcher has used a pause in his windup. Kenley Jansen and Johnny Cueto are known for their usage of altered timing to the plate. Is Anderson going to cause a scene when he faces those two pitchers in the future as well?

This appeared to be the frustration of a young hitter who got fooled and failed in his at bat. Yet Stroman is the one taking the blame for the incident.

Listen, we’ve seen similar spats before – the old school baseball guy doesn’t like how the younger generation plays the game. But this scene was unfolding right before Buck’s eyes and he chose to take Anderson and the White Sox’s side instead. It’s a bit incomprehensible.

Where was the outrage every time former Blue Jay Jason Grilli left the mound after retiring the side? After he punched the air several times and screamed at the top of his lungs? Why wasn’t that considered poor sportsmanship? Why was it just him “firing up the crowd”, but when Stroman displays bravado on the mound, he’s “letting emotion get the better of him”?

There is one obvious difference between the two pitchers that goes beyond just their ages. I’ll leave it to you to determine if that plays a part in their respective reputations.

Social media has unfortunately become a cesspool of hypocrisy, judgmental behaviour and stereotyping. But to Marcus Stroman’s credit he seems unfazed by it, standing by his trademarked #HDMH mantra (Height Doesn’t Measure Heart) that has helped him rise above the capriciousness of naysayers to get where he is today. He’s not going to “put his head down” or “know his place” so to speak, because that’s just not who he is.

Are some baseball observers so off-put by genuine displays of emotion and enjoyment? This is a sport after all, and sports are competitive. But the “right way and wrong way”, those age old unspoken rules, seem completely out of touch with this generation of ball players – not the other way around.

Maybe it’s time those rules were updated. Because expecting today’s young athletes to adhere to behavioural constraints imposed before their parents were even born is probably not realistic. Nor is it fair.