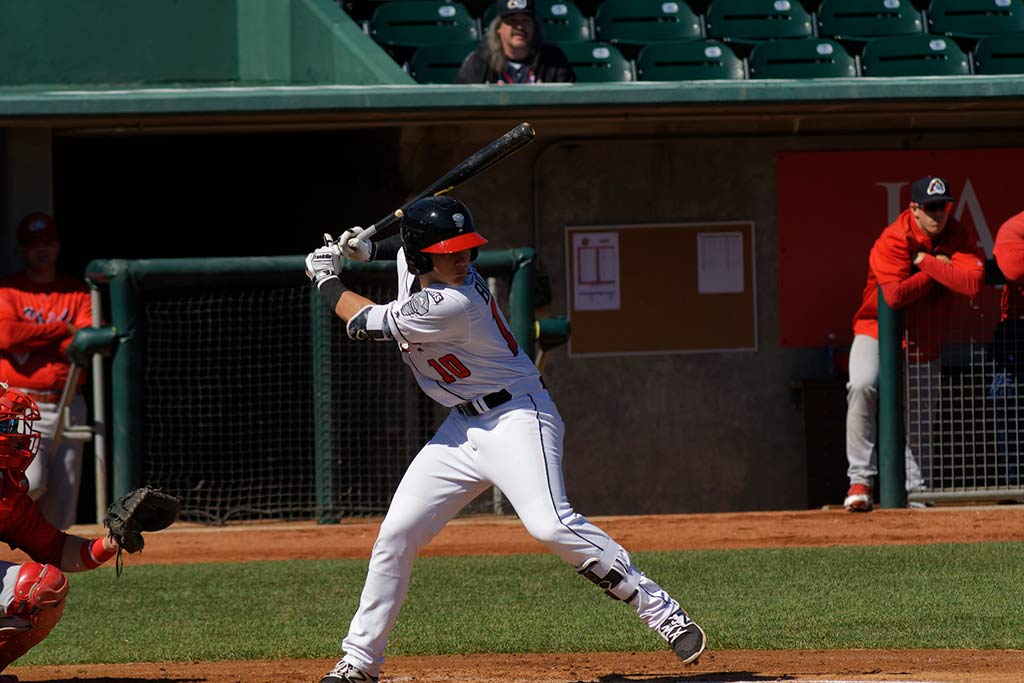 Bo Bichette is now 3-for-3 with a HR and 2 RBI in Lansing tonight. This raises his average to .391. He's playing the Midwest League on Easy.

Now a 2-run double to the opposite field for Bo Bichette. He's 6-for-6 on the day and hitting .399. Unbelievable. #BlueJays

Bo Bichette was already on a tear earlier this year, putting his name on the map as one to watch. Now he’s placing himself along side super prospect Vladimir Guerrero Jr. even outside of Toronto prospect circles. Going 6-for-6 and hitting almost .400 on the season will have that effect.

Update: Bichette finished the day 7-for-8 and is officially hitting .400 on the season.

He should reach the 250 plate appearance mark in his next game. Even if the organization preaches patience with its youngest prospects (Bichette turned just 19 in March) it’s hard to ignore a 200 wRC+ through two months of a season.

As a comparison, last season Max Pentecost played 62 games with 267 plate appearances at Lansing before being promoted to Dunedin. It’s approaching that timeline for Bichette.

Of course a big difference between the two prospects is age (Pentecost is 3 years older) and defensive prowess. Pentecost was a polished backstop practically right out of college. He was DH’ing exclusively in 2016 following injury and subsequent surgery, and once the bat came around there was no reason to hold him back in Lansing.

Bichette is a different story. He’s an athletic middle infielder with good but raw tools. He’s played about 3 times as often at SS than 2B and according to advanced metrics he’s done well. Clay Davenport’s defensive system earns Bichette a +3 in 37 games at short and +2 in 12 at second base.

When speculating the timing of minor league promotions, it’s good to look at some precedents set by the current front office. Unfortunately, Shapiro and Atkins’ tenure here has been short and there’s not a lot to go on. But one example could be fellow shortstop Richard Urena.

Urena began 2016 at Dunedin and played most of the season there – 97 games and 431 plate appearances – before getting the call to New Hampshire. Urena slashed .305/.351/.447 and got positive reviews of his defense yet still remained with the club for almost 100 games. Will the same happen for Bichette?

My guess is we’re jumping the gun a little at this point in time. There’s certainly no harm in letting a teenage shortstop refine the nuances of the position at a lower level before promoting him. (Especially if the Jays want him comfortable playing both middle infield positions) But promoting him and then finding out there are holes in his game when he faces tougher competition is not ideal.

Until then, we’ll just have to put up with seeing video game numbers from Bichette. I think we can live with that.