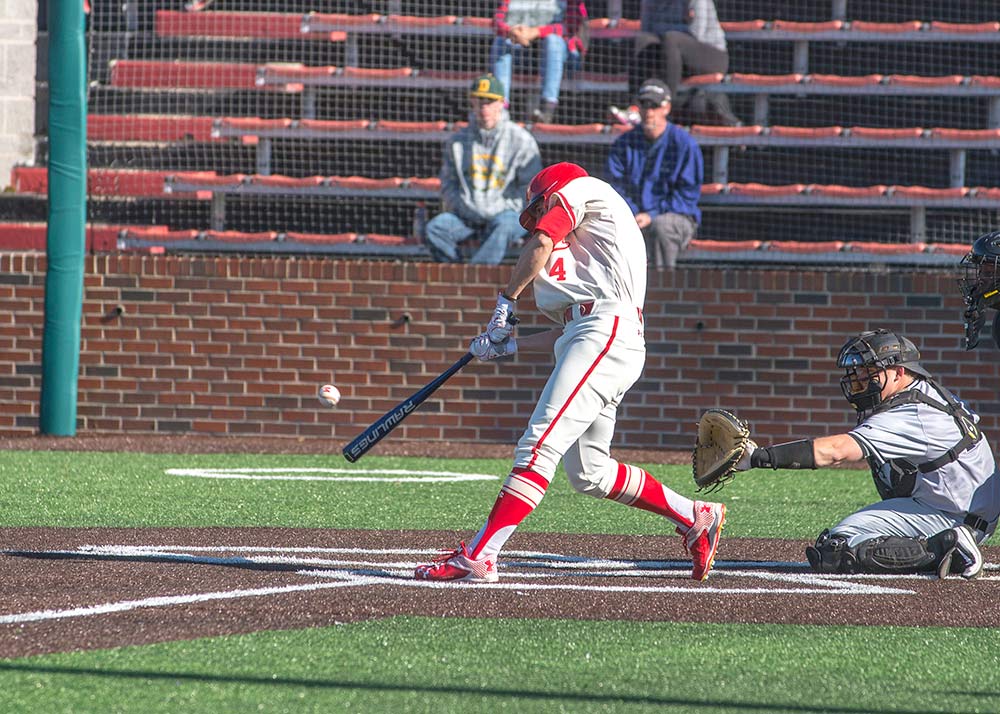 The Blue Jays selected another Junior College shortstop in Kevin Smith from Maryland.

MLB.com had this to say:

Smith had spent his first two years at Maryland as a starter at shortstop when he headed to Cape Cod for the summer. It was in that elite wood-bat league that he jumped much more firmly onto the Draft radar with an outstanding performance that led to an All-Star selection and playoff MVP honors.

Smith hasn’t been able to maintain that kind of offensive consistency at Maryland this year, with some swing and miss tendencies keeping him from hitting for average. He has shown some aptitude for making adjustments and improving in that regard, something he’ll have to do at the next level. He has sneaky power that shows up in games, but while he is capable of driving the ball to all fields, he gets too pull-happy.

While he is a below-average runner, Smith’s instincts and hands should allow him to stay at shortstop. His arm grades out as average, but he has a quick release and is always accurate.

There’s nothing flashy with Smith’s game, but he makes all of the plays consistently. If the bat can improve, he has the chance to be an everyday shortstop at the next level, something a team taking him in the early rounds will be banking on.

The scouting report from Testudo Times:

Coming into the season as a potential top 50 pick, Smith’s somewhat underwhelming 2017 campaign now makes him more likely to be taken near the back end of the top 100. The junior has both the arm and the glove to stay at shortstop. He did make 12 errors this season, although some of that could be more due to scoring than anything else.

What scouts are intrigued by is the raw power that Smith has in his swing. It’s rare that you get a shortstop who can play the position with the type of power potential that Smith brings to the table. Smith does swing hard and with considerable loft, so the swing-and-miss potential is really high. He won’t be a great contact hitter at the professional level given his tendency to sell out for power. However, the Maryland shortstop does have upside because of his strength and fielding capabilities.

Likelihood of leaving: Smith is likely to be taken in the top 100, and it will be difficult to get Smith to come back to College Park as a senior. He would have considerably less leverage earning-wise if he were to return and get drafted in 2018, so barring a shocking development, the junior will make the most of this opportunity and go pro.