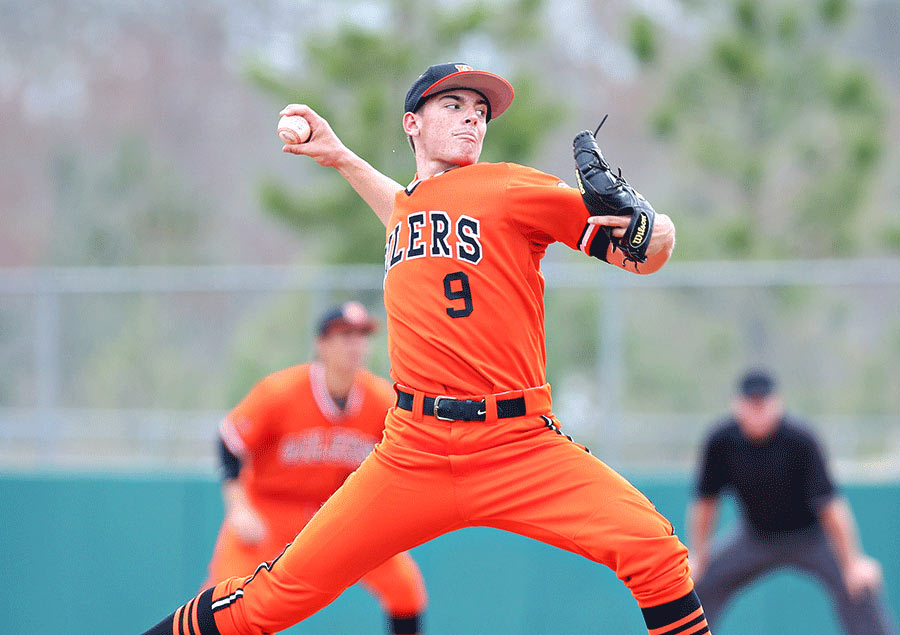 With the 61st pick in the 2017 MLB Draft, the Blue Jays selected high school two-way player Hagen Danner as a catcher.

Known since starring in the 2011 Little League World Series, Danner is one of the better legitimate two-way players in this Draft class. The scouting industry is still split down the middle on whether he’d be better suited on the mound or behind the plate at the next level. Danner has spent more time, especially in showcases, showing what he can do as a pitcher. He has a live fastball that can touch 94-95 mph and complements it with a solid curveball and a changeup that flashes above-average. He can fill the strike zone with all three, coming from a high slot.

The UCLA commit also has the chance to be a special catcher. He has good hands and a plus arm defensively and while he’s a below-average runner, his athleticism helps him move well behind the dish.

He swings the bat well from a crouch set up, with quiet pop that could end up being average power in the future. The one thing scouts agree on is that Danner’s grades will improve once he starts to focus on one craft. But even as the spring unfolded, there was division among scouts whether he should stay on the mound or behind the plate at the next level.

LastWordOnBaseball opines that he may be a tough sign, as he’s likely to honour his commitment to UCLA:

Danner is still young, and young arms are hard to predict. While there is every reason to believe he’ll succeed as a professional, baseball offers few guarantees for high school pitchers. Danner is also a very good student and, while that may be beneficial to a major league team in the long run, he’ll likely be very hard to sign if drafted out of high school. While he wants to play in the majors one day, he also wants the college experience. He’ll be hard to pry away from UCLA.

Danner ranked 41st on MLB.com’s final draft rankings and was given a 55 grade on his work behind the plate with a 60 arm grade.

The UCLA commit also has the chance to be a special catcher. He has good hands and a plus arm defensively and while he’s a below-average runner, his athleticism helps him move well behind the dish.

Here’s video of him pitching at Huntington Beach HS: