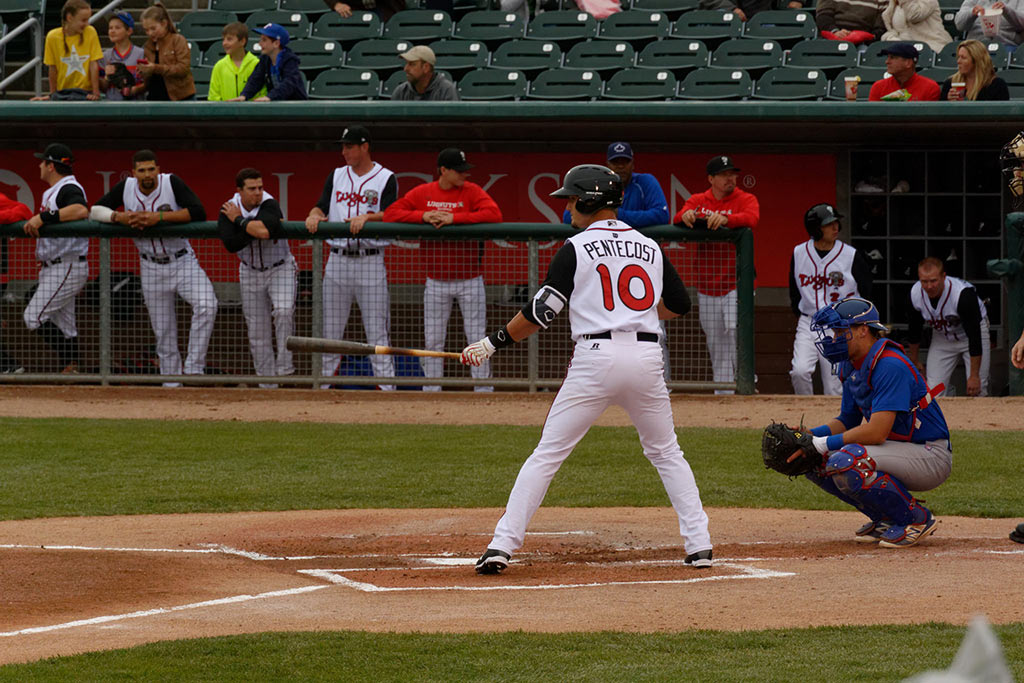 Don’t look now, but Max Pentecost is back behind the plate catching again in the minors.

After multiple shoulder surgeries, a 2015 season wiped out completely and a move to DH (which some thought would be permanent) Pentecost has caught 12 games and 100 innings for the Dunedin Blue Jays – both are already career highs at the catcher position in pro ball. He’s thrown out 63% of base stealing attempts and has not made an error or allowed a passed ball. Clay Davenport’s calculations rate him as being worth 4 Defensive Runs. Overall, Baseball Prospectus assigns Pentecost 1.2 WARP.

He has played first base in 12 games and DH in another 20. Clearly the organization is easing him back in but so far the process appears to be going smoothly.

Pentecost was a noteworthy prospect at one time in the Jays’ system after being taken 11th overall in the 2014 draft. Injuries derailed the development of what some felt would be the Blue Jays catcher of the future and at age 24 he’s finally back on track with Dunedin. In 44 games he has 9 home runs and a .875 OPS. His bat should be enough to get him to AAA quickly and have a taste in the Show. But staying healthy behind the plate and mastering game calling at each level should keep him in the minors throughout 2017 and likely into much of 2018.

The good news is that the Jays are finally seeing the kind of prospect they hoped they were getting with their first round pick three years ago. With Reese McGuire looking like a defensive-oriented catcher with the ceiling of a backup, Pentecost would give the organization a much needed boost at the position.