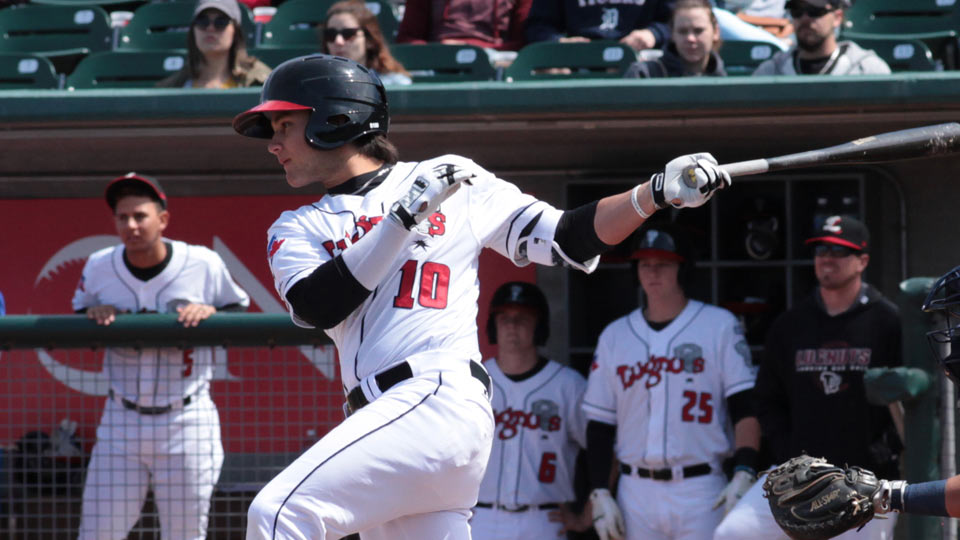 David Laurila had a good writeup that includes a discussion about his swing with farm director Gil Kim:

Bichette is currently riding a 15-game hitting streak and it’s not even his first streak of that length this season. He’s split his time in the infield between SS (281 innings) and 2B (100 innings) to mixed reviews. He’s still a work in progress defensively and some think he’ll move off of shortstop eventually. But if he sticks at second base, I’m sure the Blue Jays would take it.

How long Bichette and teammate Vladimir Guerrero Jr. stay with the Lugnuts before a promotion is unclear, but the Jays have the makings of some really nice infield talent. Youngsters in A-ball still will not have seen very good breaking pitches and the quality of team defense can also help prop up their offensive numbers. A big test will be AA New Hampshire and the Jays are probably working to refine Bichette’s swing (which is a complicated one) before exposing him to better pitching. Until then, I expect the young man to keep tearing up Low-A pitching and put up video game numbers.