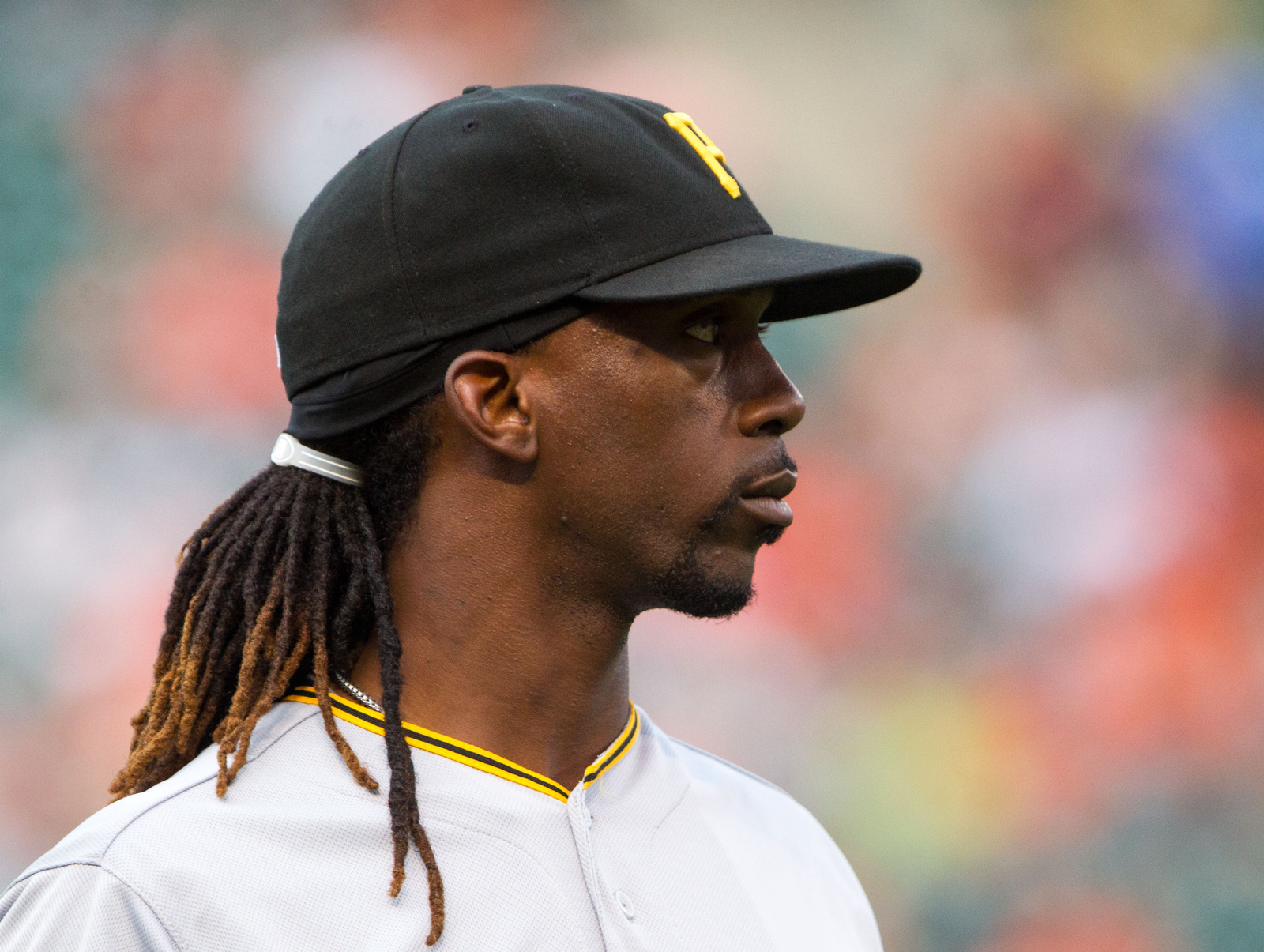 This morning, Jerry Crasnick of ESPN tweeted that the Jays were interested in Pirates outfielder Andrew McCutchen.

Jerry Crasnick ‏@jcrasnick 1 hour ago
The #Bluejays continue to explore trade options in an effort to fill their OF void. One name they’ve kicked around: Andrew McCutchen.

Yesterday, while exploring the merits and demerits of a Jay Bruce trade, it became apparent that the free agent market for outfielders this year has its warts. The Jays reportedly have around $25M left to spend in the off-season but it’s unclear if they’ll actually use it. The remaining outfielders bring various levels of production (Jose Bautista, Michael Saunders, Mark Trumbo, Brandon Moss) but are weak defensively – defense is an area of need for the Jays in the corner outfield spots.

Once considered a good centre fielder (he won a Gold Glove in 2012) defensive metrics have not been kind to Cutch lately. In fact, since 2014 there have been 45 players to patrol CF for 1,000 innings or more. McCutchen ranks dead last in both UZR/150 and Defensive Runs Saved. Ouch.

But! The Blue Jays don’t need him to play the tougher outfield position. They have superman Kevin Pillar to do that for them. So moving McCutchen to right or left field would presumably improve his defensive value.

There is a fair bit of risk in trading for Andrew McCutchen. Clearly, the Pirates have not received an offer good enough to make a deal happen. And it’s safe to assume many teams have spoken to them, perhaps even tabled offers. McCutchen had a down season, posting a 106 wRC+ and a 103 OPS+ while defensive metrics torpedoed his WAR (0.7 fWAR, -0.7 rWAR).

The Pirates probably don’t want to sell low on the face of their franchise. The Rockies did that with Troy Tulowitzki and ended up with an aging, overpaid shortstop and one good prospect to show for it.

I don’t expect the Pirates to land an Adam Eaton-type prospect haul for Cutch. Eaton comes cheap and has team options that allow the Nationals to control him through 2021. McCutchen is under contract for one more year with a team option for 2018. Their values are not similar.

Still, Pittsburgh GM Neal Huntington will want a top prospect to headline any deal. Maybe that’s where Vladimir Guerrero Jr. comes in. He has the name recognition and just made Baseball America’s #1 spot on the Jays prospect list. His value may never be higher than it is right now given how many scouts expect him to move away from third base as his body matures. If/when he moves to a corner outfield position or first base, his bat will need to carry him even more. And at just 17 years old there’s plenty of risk in betting on him to become an impact power hitter.

Two prospects I doubt the Jays will want to part with are Richard Urena and Anthony Alford. Both are phenomenal athletes and have yet to scratch the surface of their potential. And if the Pirates are looking for young pitching, Sean Reid-Foley and Conner Greene fit the bill.

If the Jays don’t see either one profiling as a top of the rotation starter (and most scouting reports give them ceilings of a #3/4) the cost may be worth it.

But it’s important to keep in mind that the Jays only have Aaron Sanchez, Marcus Stroman and J.A. Happ as reliable starters on the roster after 2017, with Happ’s contract up a year later. Subtracting from the young pitching talent on the team might leave the Jays in a precarious position in 2-3 years time.

The challenge for this front office is to balance “win now” with “compete later”. McCutchen would be a great addition but would it put the Jays over the top for 2017?