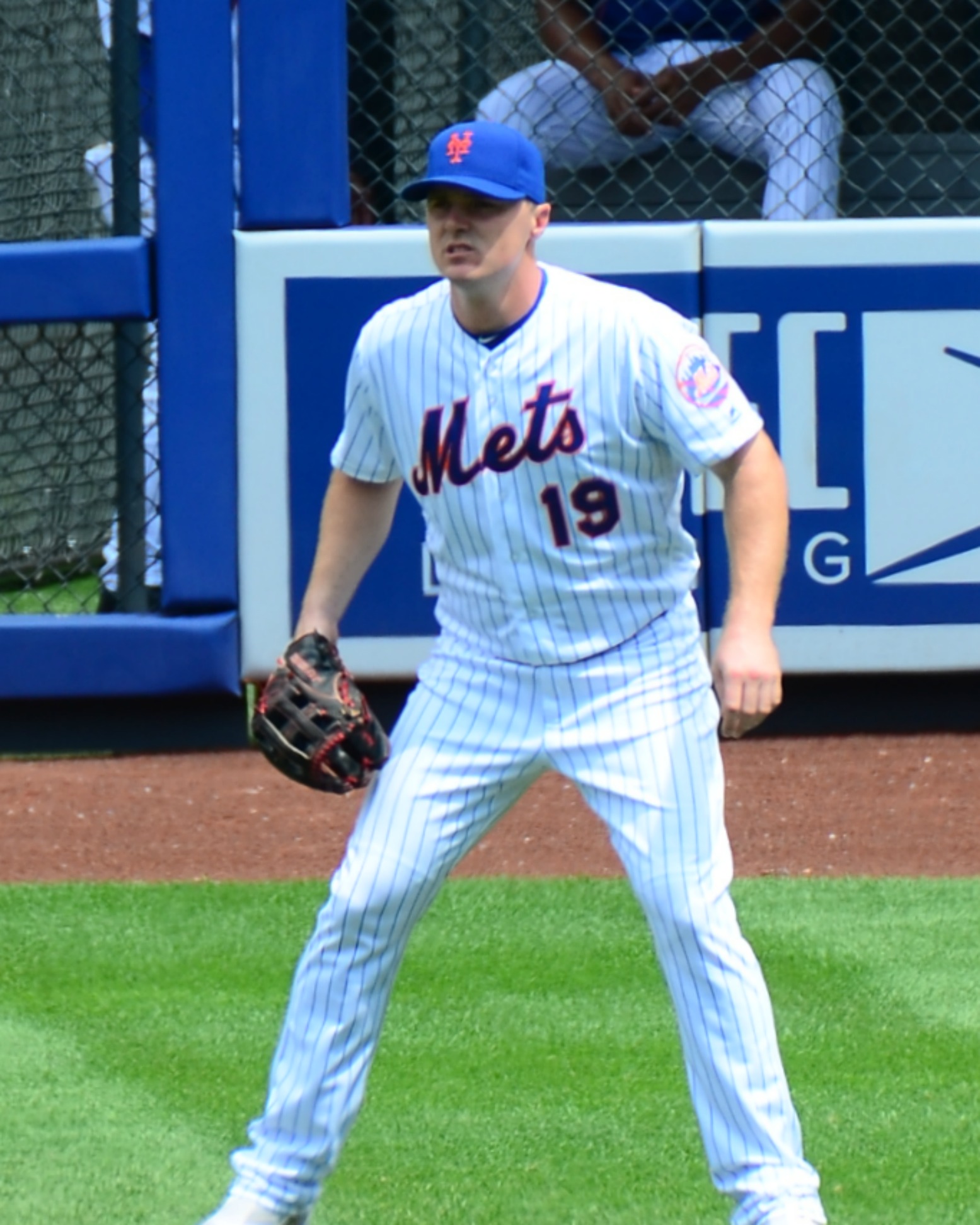 Earlier this week JP Morosi reported that the Jays were interested in trading for Jay Bruce or Curtis Granderson of the Mets. My initial reaction was, why? They famously tried to trade Michael Saunders for Bruce last off-season but that didn’t materialize. Coincidentally, both players had red hot first halves to the season only to see their production crater after the All Star Break. Ultimately they ended up with similar lines:

Bruce hit for more power but Saunders got on base more often and ended up with the edge in league and park adjusted metrics and Wins Above Replacement. It was a move one would think the Jays were glad didn’t materialize.

But here we are and the talk of Jay Bruce remains. He was worth just a hair under a Win last season (0.9 fWAR) and Steamer Projections like him even less for 2017:

Oof. Sorry, but that’s not worth $13M, which is his salary for 2017. Sure, the Mets could eat some money in a trade but will Bruce help the Jays any more than Zeke or Pompey would?

After the season ended and talk turned to the off-season, the Jays were vocal about wanting to diversify their lineup. Left-handed hitters were a priority, and sure, Bruce would address that. But what good is a left-handed hitter who may not be much better than league average? Isn’t that the very definition of a platoon hitter? Are the Jays really in the market for a $13M platoon hitter? I find it hard to believe.

Bruce also wouldn’t address the need for base running and defense. Kevin Pillar is the only real threat on the base paths and his 14 for 20 success rate in stolen bases last season was a hair below the league average rate of 71.7%. If the job of a modern front office includes looking for inefficiencies or areas of weakness they can improve, base running would appear to be an easy one. In the grand scheme of things, stolen bases and speedy runners don’t make that huge a difference in wins and losses come the end of the year. But to ignore it completely would be a mistake.

The corner outfield positions have also been a black hole defensively for a while. Bautista’s arm was never the same after an unnecessary throw to first base and Collabello, Saunders, Carrera and Revere were all different levels of bad in left. Bruce will not help.

Perhaps the Blue Jays’ attention has only turned to Bruce again after striking out on the open market with Fowler. There were some other options like Desmond, Reddick and Gomez who would’ve been upgrades on who is currently penciled in. But it’s possible they didn’t want to come. Artificial turf, despite its technological advances over the years, can still be a deterrent to players who will run around on it for well over 1,000 innings over the course of a season.

So who’s left in free agency?

Gregor Blanco’s hitting cratered in 2016 and his defense isn’t what it used to be. Ditto for Franklin Gutierrez.

Coco Crisp at 37 doesn’t have much left in the tank and his former teammate Rajai Davis doesn’t appear to either, at least with the bat. His 43 SB were a huge surprise after just 18 in 2015. Counting on a 36 year old to repeat that and retain a high level of defensive value might be a stretch.

Colby Rasmus and Michael Saunders are ex-Blue Jays on the open market. But the former left Toronto with what sounded like hard feelings and another team may bank on Saunders’ huge 1st half and open up their wallets.

So that brings us to Jose Bautista and Mark Trumbo as the only remaining attractive options. The curious thing with Trumbo is that despite his monster home run totals, everything else he does is quite bad. The mega-deal that his agent is apparently seeking would be a huge risk and likely not one that would pay off.

And Bautista is, well, Bautista. We know him well. A franchise icon that is advancing towards the sunset of his career. Bumps and bruises and slowing legs will happen to everyone. What does he have left and what would his price tag be? The DH spot is taken by Morales now but he could see some starts at 1B and the Jays could hide his bad arm a little more easily with a switch to LF instead of RF. A one year deal would mitigate the risk with age and be very amenable to the Blue Jays I’m sure.

But taking an offer so close to the qualifying offer surely can’t be his first choice. Or his second or third. So now I see why Ross Atkins has apparently been making calls to the Mets inquiring about Jay Bruce.

Coming full circle to the reality you were trying to escape is not fun. But the current state of outfielders does suggest that the Jays will fill their needs via trade. If Bruce comes cheap in terms of prospect capital, maybe it’s not such a bad deal after all. After all, how much can go wrong on a one year deal?