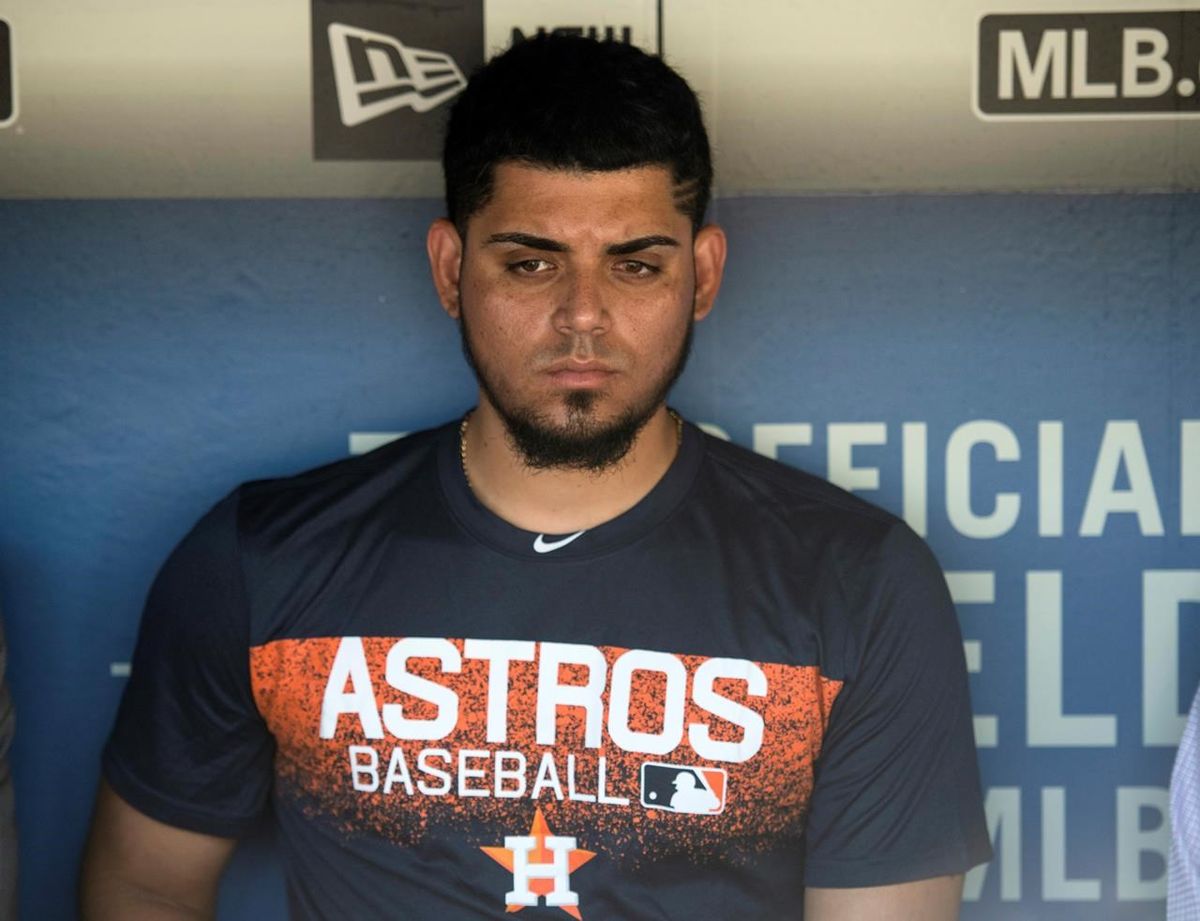 The dust is beginning to settle on one of the most controversial trades of the year. By now you’ve heard that the Blue Jays traded disgraced closer Roberto Osuna to the Astros for Ken Giles and two pitching prospects, Hector Perez and David Paulino.

The Blue Jays reportedly had no intention of playing Osuna again. Some teams around the league felt similarly, choosing not to engage in trade talks with Ross Atkins. Houston, however, was not one of those teams. GM Jeff Luhnow pulled the trigger, and after a few days of uproar within the fan base and across baseball, the Astros felt compelled to issue a statement:

It’s clear that the Astros felt significant pushback in order to release a statement defending their actions. And the content of said statement has lead to a broad discussion about how teams handle serious off-the-field accusations. Let’s break down the official statement and I’ll offer my thoughts for consideration.

The opening sentence sets the tone for what’s to come. It also reads like a bizarre pat on the back, as if to congratulate the player on being capable of spending nearly three months at home away from a ballpark. And if you’re struggling to imagine what unsuccessfully completing a suspension would look like, you’re not alone. To my knowledge, I don’t think a player has recently managed to screw up serving a ban. How does one fail at being suspended? Would that require Osuna to channel Bobby Valentine and don a mustache and sunglasses to sneak onto the field? I’m at a loss.

The word “willfully” is interesting in its own right. Is this referring to the fact that Osuna did not appeal the length of his suspension? And if he had appealed, would the Astros’ interest in him really have been any different? It’s also possible that “willfully” is referring to counselling or a program he had to attend during his suspension. But this suggests that Osuna had some say in the events that followed his arrest on the morning of May 8th. And sure, perhaps there were ways Osuna could’ve made things worse for himself and others, such as not adhering to his restraining order or refusing to seek counselling. But I wouldn’t necessarily praise him for avoiding those things either. Our bar for success should be far higher than the one the Astros have set with these words. And to broadcast this questionable statement to a fan base angry about their team’s perceived lack of ethics is strange at best. At worst, it’s tone deaf and insulting to their paying customers and community.

“His personal reputation among his former teammates and coaches”

Presumably the Astros reached out to Blue Jays players and staff. That makes sense, as any team trading for a player will do its due diligence and gather as much information as it can. And the analytically-driven Astros have a reputation of valuing information more than most teams do. The statement goes on to say that the “incident weighed heavily on our decision” but that they decided Roberto deserved a second chance based on “the entirety of information.”

Translation? We know he’s charged with committing a horrible crime but other factors were more important. It’s not hard to draw the line from this statement to GM Jeff Luhnow valuing wins above everything else. Osuna is probably still very skilled at throwing baseballs for a living. And yes, winning is at the core of Luhnow’s job. But there are elements of the job that go beyond that. He has the title of President of Baseball Operations in addition to General Manager. In many ways, he’s the caretaker of the organization, tasked with building a strong legacy and leaving the franchise better off than how he found it.

Citing second-hand accounts as a factor that helped outweigh the crime Osuna is charged with isn’t the best look. Perhaps this was not the time to stand firm and attempt to justify the team’s controversial decision, but to take a more responsive and empathetic tone with its fans. That the statement did not even acknowledge the passionate response by the fans surprised me. In fact, the only mention of fans is in the last paragraph with a vague declaration of commitment.

The strangest element of this statement might have been about Osuna deserving a second chance. That stance seems to contradict Luhnow’s comments a few days earlier about the team’s “zero tolerance policy”:

The ethical gymnastics one has to perform to not see the absurdity in these statements is exhausting. The zero tolerance policy only applies to current players on the Astros, but if one fails to comply on another organization, then the Astros don’t have a problem. They don’t tolerate domestic violence unless the crime is committed elsewhere? Why would a team be willing to give a player a second chance based on the state or province in which a crime was committed?

This contradiction weakens the impact of the statement of commitment to community and victims of abuse. Holding domestic abusers to a different set of expectations as long as they didn’t commit the crime in their own backyard is not leadership – it’s a double standard.

“Time will tell which [personnel decisions] were right and wrong”

These words double down on the notion that acquiring Osuna wasn’t already the wrong decision. It suggests that good behaviour will free the team from criticism and validate the move. Or worse, perhaps, is that it suggests winning another World Series is more important than taking a stand against domestic abuse.

I realize this exercise may come off as nitpicking individual words and trying to extract meaning. The worst part of it isn’t the statement at all but that Osuna was so quickly able to find a team that would welcome him into its clubhouse. But in a small way, I feel the Astros missed an opportunity to be more thankful and understanding of its fans through these official communications. Instead, they ended up emphasizing the disconnect between the front office and fans: The calculated reality of making roster decisions versus expectations that go beyond the baseball field.

Some of the higher-ups may have a “win at all costs” mentality while some of their paying customers do think there are costs too high, decisions too immoral. These words indicate that wins and losses may trump principles, and future behaviour is more important than past behaviour.

The comment that might have best summed up this situation was one spoken Sunday night by ESPN baseball announcer Jessica Mendoza.

In Jessica’s view, and that of many others, it is a cost too high. Integrity is not an asset you can reclaim on the free agent market, or draft out of college. The risk the Astros took by acquiring Roberto Osuna wasn’t just to clubhouse chemistry, but it was to long-lasting fan support and community relationships. It also went beyond baseball in potentially normalizing abusive behaviour. Many feel that the Astros set the bar lower instead of higher when it comes to ethics in sports.

Teams are not bound by rule of law to uphold moral standards at the expense of success on the field. But some people prefer that they were. Sports have an impact in our society – arguably too great an impact – and the decisions teams make can leave an impact outside the insular bubble of competition and winning.

Some teams care more about that than others.